Suryakumar Yadav's double century in a club game came at the right time ahead of the South Africa ODIs next year. He had a rough patch in the Vijay Hazare Trophy scoring just 76 runs in four games. 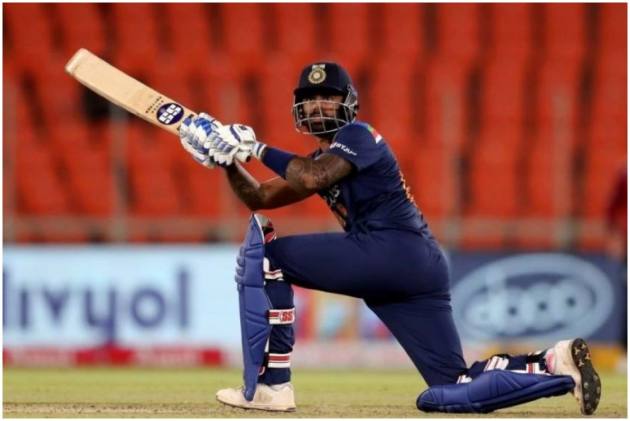 Suryakumar Yadav kept the India selectors in check with a majestic double hundred in a club game on Thursday ahead of the ODI series against South Africa in January. Playing for Parsee Gymkhana, the right-hander blasted 249 off 152 balls in the Police Shield final that included whooping 37 boundaries and five sixes.

Riding on Suryakumar’s knock, Parsee Gymkhana are in a strong position having piled up 524/9 at the end of Day 1 of the three-day game against Payyade SC at the Police Gymkhana on Marine Drive. Known as a white-ball specialist, Suryakumar didn’t have a good Vijay Hazare trophy scoring just 76 runs in four matches.

The Mumbai batsman tonked the opposition bowlers at will making most of his runs between lunch and tea. “When I came to bat after lunch, I looked to attack, play my natural game. Since the ground is small, I was getting boundaries a bit easily once I found the gaps,” Suryakumar was quoted as saying.

“Scoring big runs in a final gives any batsman confidence going into a series,” he added. Besides Suryakumar, his former Mumbai Indians teammate Aditya Tare also contributed with 73.

Explaining his rough patch in the Vijay Hazare trophy, Suryakumar said, “In Vijay Hazare, I was batting in my natural, positive aggressive style, which has always reaped so much success for me, there too.

“I was out while playing my shots, but they weren’t rash, lazy shots. This is how I will continue to bat, because if I’m doing well in 7-8 innings out of 10, then why should I think so deeply about the two times I got out while playing an attacking shot?

“This is the approach at the crease which has helped me play for club, Mumbai and India,” he said. Normally, India players don’t feature in a club game. Playing for Parsee Gymkhana came naturally for Suryakumar as it is the same club that made him what he is today.

“I’m very emotionally attached to the Parsee Gymkhana. This is where my cricketing journey started. My commitment towards my club is 200 per cent. This is the first time that we were playing in the Police Shield final after 1957, so it’s a big game for our club.

"I’ve played only for this club in my life. It’s due to playing for Parsee Gymkhana that I played for Mumbai and then eventually India,” he added.

India will be playing three Tests against South Africa starting on Boxing day before playing the same number of ODIs. The first two ODIs will be played at Paarl on January 19 and 21 while the third game is in Cape Town on January 23.