The outcome of the T20 World Cup match between South Africa and Sri Lanka would be crucial for both the teams as they aim to qualify for the semi-finals. 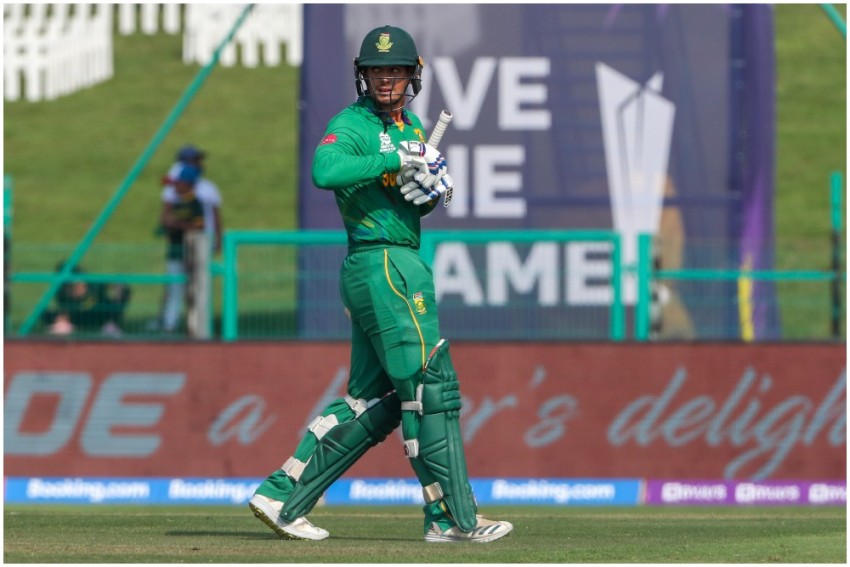 Star wicketkeeper-batter Quinton de Kock is expected to return after agreeing to take the knee will bolster South Africa when they take on an inconsistent Sri Lanka in their Super 12 game of the ICC Men's T20 World Cup at Sharjah on Saturday. (More Cricket News)

De Kock's pullout for refusing to be a part of the anti-racism gesture in the game against West Indies kicked up a storm which subsided with a lengthy statement from him on Thursday in which he made himself available, saying he is fine taking a knee if it "educates others".

The off-field drama surrounding the wicketkeeper-batter, who is a key member of the side, did not distract the side as it beat the Caribbeans by eight wickets.

De Kock, who felt deeply hurt at being called a racist for his earlier position, also apologised for the confusion caused by the entire situation. He would now like to make a statement by scoring big if skipper Temba Bavuma and the team "will have me" back.

Bavuma, whose leadership has been outstanding during the mini-crisis, would be eager that the player and the team are able to put behind the controversy as quickly as possible.

He has firmly stood behind de Kock during the media storm and has not hesitated to state that Cricket South Africa's timing wasn't ideal when it ordered players to take the knee before every match just hours ahead of the game against the West Indies.

Bavuma would now want to lead from the front with his batting as well. The right-handed opener has scores of 12 and 2 so far and he would be more than keen to find form.

South Africa boast of aggressive batters in Reeza Hendricks, Rassle van der Dussen, Aiden Markram and the ever-reliable David Miller, who can take any opposition attack apart on their day and Sri Lanka's would be no exception.

But all the South African batters would need to be wary of the wily Sri Lankan spin duo of Wanindu Hasaranga and Maheesh Theekshana, who have bamboozled the opposition batters.

The South African bowling clicked in their game against West Indies with right-arm medium pacer Dwaine Pretorius claiming three wickets. They also have two of the best death bowlers in Kagiso Rabada and Anrich Nortje, whose role would be crucial on Saturday afternoon.

An important role would be played for the Proteas by their spinners -- Keshav Maharaj and Tabraiz Shamsi -- who would look to run through the talented but inconsistent Sri Lankan batting order.

South Africa are unlikely to tinker with their winning combination.

Sri Lanka will have to quickly put the seven-wicket hammering by Australia behind them and need to start afresh.

For the Islanders, Charith Asalanka's form has been positive. Wicket-keeper Kusal Perera, who got a start against Australia, would need to make it big against South Africa.

However, the constant failure of opener Pathum Nissanka and Avishka Fernando would be a cause of concern for the team management.

The role of Bhanuka Rajapaksa, who showed glimpses of his talent against Australia and flamboyant Wanindu Hasaranga, will also be crucial if Sri Lanka have to post or chase a big total.

The Sri Lankan pace trio of Chamika Karunaratne, Dushyant Chameera, and Lahiru Kumara looked off-coloured against Australia and they will have to bowl in the right areas to contain the South African batting.

While dew wouldn't have any impact on the game, the outcome would be crucial for both the outfits as they aim to qualify for the semi-finals.