Sachin Tendulkar Locked Himself After Getting Out To Shane Warne In Chennai: VVS Laxman 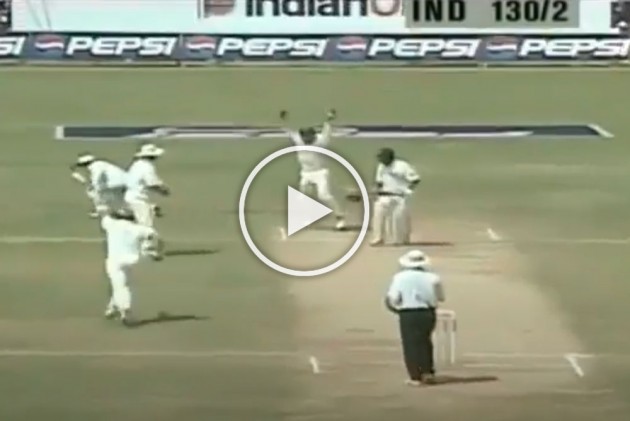 Former Indian batsman VVS Laxman shared an unknown anecdote from the famed rivalry between Sachin Tendulkar and Shane Warne, revealing what the Little Master did after the Aussie great dismissed him in the first innings of that famous 1998 Test match at Chennai. (More Cricket News)

Speaking about the match and the battle between the two legends on Star Sports’ Cricket Connected, Laxman said, "I remember Sachin locked himself in the physio’s room and only came out after almost an hour. When he came out, we could see his eyes were red. I felt he was very emotional because he was unhappy in the manner he was dismissed."

In the match, India batted first but could manage only 257 with Tendulkar getting out for four runs in five balls. Warne had him caught by Aussie skipper Mark Taylor.

Watch the dismissal and highlights here:

“Sachin was really well prepared for the Test match in Chennai. In the first innings, he was dismissed for 4 runs. He hit a boundary and then tried to play a big shot over mid-on, hitting against the turn and was caught by Mark Taylor," Laxman missed the XI, said.

India went onto win the series opener by 179 runs at MA Chidambaram Stadium with Tendulkar scoring an unbeaten 155 off 191 balls (14 fours and four sixes), majority of which against Warne, in the second innings.

Warne, who claimed four wickets for 85 runs from his spell of 35 overs in the first over, leaked 122 from 30 in the second essay.

"Then, in the second innings, the way he blasted and hammered Shane Warne, who was bowling into the rough outside the leg stump. Warne was using the depth of the crease and when he used to pitch it up, Sachin used to hit it through the mid-off, mid-on region. He went on to get a hundred." Laxman added.

Laxman, regarded as probably the best Indian Test batsman against the Aussies, hailed that battle as the best he's seen.

"That battle with Shane Warne is the best I have seen," Laxman said.

India followed up that with a massive win (by an innings and 219 runs) at Eden Gardens, Kolkata to take a 2-0 lead. The Aussies won the Bengaluru Test by eight wickets to make it 2-1. Tendulkar aggregated 446 runs, to win the player of the series award.

"He (Tendulkar) used to advance down the wicket a few times and invited Warne to bowl a fraction too short. Sometimes, he would wait patiently on the back foot and play those beautiful shots," said Lee.