For Tendulkar, there was no fear to bowl as he won't hurt you like Sehwag, says Muralitharan 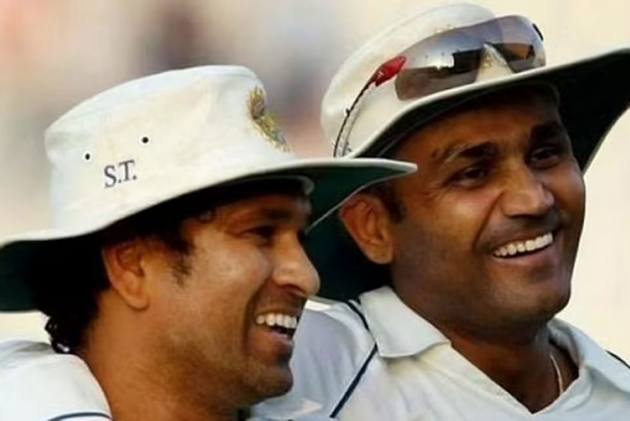 Spin legend Muttiah Muralitharan says he didn't fear bowling to the great Sachin Tendulkar as the Indian maestro wouldn't hurt him like a Virender Sehwag or a Brian Lara. (More Cricket News)

"For Sachin, there was no fear to bowl because he won't hurt you. Unlike Sehwag who can hurt you. Because he (Sachin) will protect his wicket, he is a good reader of the ball and he knows the technique," Muralitharan said during a chat with Aakash Chopra on ESPNcricinfo.

Muralitharan, the only bowler to have taken 800 Test wickets, added, "I felt in my career, Sachin had a small weakness against off-spin. With leg-spin he smashes but off-spin somehow he had the difficulty because I got him out so many times. And lots of off-spinners also got him so many times, I have seen it.

"I don't know, I never spoke to him regarding this, that why 'you aren't comfortable with off-spin.' I felt in my mind he had a little bit of weakness that's why I got a little bit of advantage compared to other players. Sachin is a difficult player, it's very hard to get him out."

Muralitharan, who has also got 530 wickets in ODIs besides his Test exploits, had dismissed Tendulkar 13 times in his career.

He also spoke very highly of Sehwag and Lara, rating them as the two most difficult batsmen he had bowled to during the course of his illustrious career.

"Sehwag is so dangerous, for him we put deep fielders because I know he would go for his chance. He would go for his instincts and he knows 'On my day I will attack anyone I want'. So what we will do is go for the defensive field and wait for him to make mistake," Muralitharan said.

He added, "But what Virender Sehwag does is he makes sure that he will play two hours of the day and make 150 runs or if he plays the entire day he would make 300, that kind of attitude he had.

"So such kind of players were dangerous for us are our match-winners."

Asked about the present-day batsmen, he picked Kohli and Babar.

"Kohli is a good player of spin, especially in Test cricket. Babar Azam looks like one of the better players."