Suryakumar Yadav and Ishan Kishan, who play for Mumbai Indians in the IPL, have produced stunning knocks against England in the ongoing T20 series 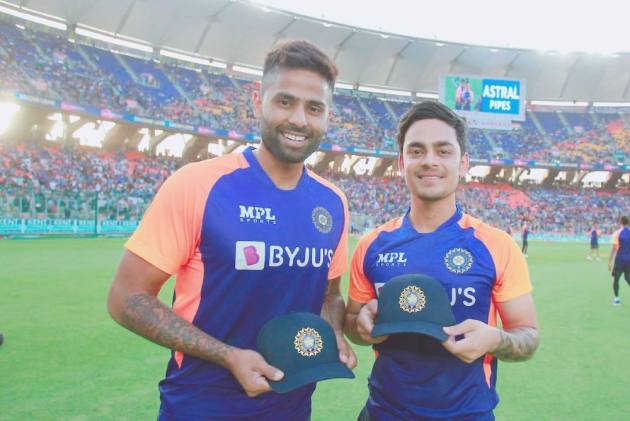 Suryakumar Yadav and Ishan Kishan, who play for Mumbai Indians in the IPL, have produced stunning knocks against England in the ongoing T20 series and Tendulkar attributed their success to the league.

"Yeah, both Surya and Ishan are ready to play, because you know, I have always felt that IPL's introduction has helped players," Tendulkar, who is captaining the India Legends in the ongoing Road Safety World Series, told PTI.

Tendulkar said the IPL has provided the players the opportunity to run shoulders with the top stars and compete against the best.

"With the help of IPL, I mean, yesterday I was watching the game, and Surya was batting and (Jofra) Archer bowled to him and Ben Stokes and the commentator said that it is nothing new for Surya because he has already played against Rajasthan Royals," he said.

"Both Archer and Stokes play for Rajasthan Royals, so it is nothing different and he (Surya) knows what they do and he has played against them already. So, it wasn't first time.

"That's the only reason I am saying that both these guys are ready to play for India and that just shows the bench strength of our team, it is really strong. So that's the beauty of our cricket now, that there are a number of players, who are ready to go out."

Back in the field for the Road Safety World Series, Tendulkar said, "It's a special feeling to be back (in) the dressing room.

"Like I said that sport unifies everyone, no matter which part of the country you come from, which caste, creed, nothing, your bank balance, sport doesn't recognise anything, it only recognises the way you play," he said.

"It is a fair ground for everyone and we have always believed that when we are there in the dressing room, it is one team, we are together. We have always taken pride in representing the nation, it is a huge honour."

The Indian Legends have already made it to the summit clash, which will be played on Sunday and according to Tendulkar, all the players are playing for a specific cause.

"It is fun to be out there in the middle for a cause, and I would like to applaud all six teams that includes India and I am taking India's name here also. All the players have come here for a cause and they want to go out and give their best and.

"Players are diving around and trying to stop the ball, trying to bowl fast. So, we are here for a cause and it is a message that we are trying to give to everyone, create that awareness on road safety, which is sometimes taken for granted."

"When we talk about not wearing helmet, not just for the rider but also the pillion... The stats show that from the age of 18-35, that age group 50 per cent of the lives are lost because of not wearing helmets and not taking precautions."

"The message we are trying to give everyone is when you are riding a scooter/bike/two-wheeler wear a helmet, if there is a pillion travelling with you make sure that the passenger also wears a helmet.

"If you are driving a car, wear a seat belt, don't jump signals, don't drive on the wrong side of the road."