India were held to a 1-1 draw by a 10-man Bangladesh side in Male, Maldives on Monday. 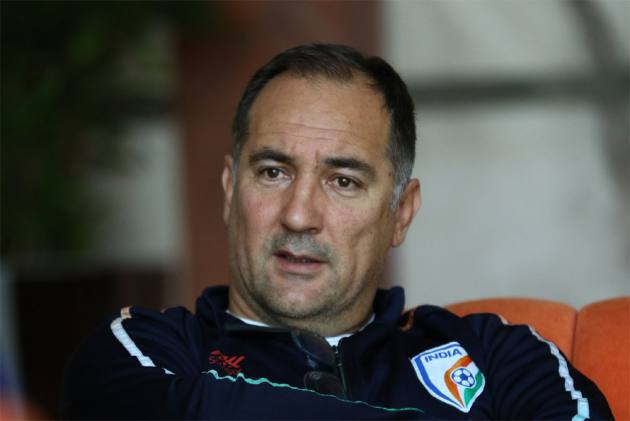 Indian football team head coach Igor Stimac on Tuesday admitted "we are ourselves guilty for not winning the match against Bangladesh" in their SAFF Championship opener.

India were held to a 1-1 draw by a 10-man Bangladesh side in Male, Maldives on Monday.

Speaking about India's first match, he said, "We had everything in control, we dominated the game, and had a one-nil advantage, and even had a one-man advantage.

"But despite all of that, for some unknown reasons, we started giving away simple passes, making unnecessary mistakes. And if you boost the confidence of your opponent, that's how it finishes when you give them a chance."

India play Sri Lanka in their next match day on Thursday. The Blue Tigers had their recovery session in the gym, and will hit the training ground again on Wednesday.

Referring to the match against Bangladesh, Stimac added: "We were punished today for not being reasonable in certain situations, and for not using our experience. This is an experienced Indian team.

"I expected much more because too many times there was unnecessary nervousness, and that's hard to explain."

With the medical team tirelessly working with the players, there are no current concerns, with everyone being available for the match against Sri Lanka.

"We are now looking forward to the next match. We have another three matches in the group stage in which we need to play well.

"The boys played very good football for more than 75 minutes – progressive football, reasonably passing the ball around, and getting into dangerous positions," Stimac opined.

"But 15 minutes is too much in an international match for not being organised, and making many mistakes."