Regarded as one of the poster girls of Indian sports, Saina Nehwal is the latest high-profile personality to join BJP 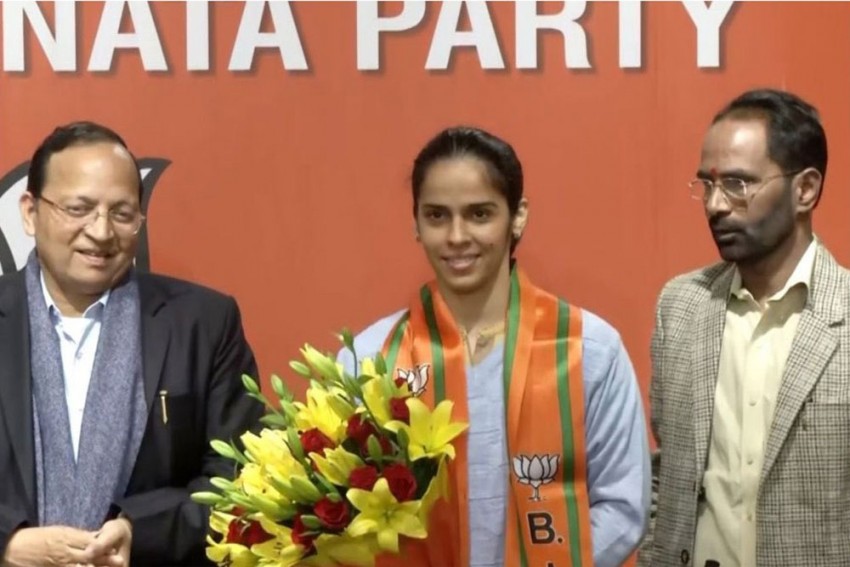 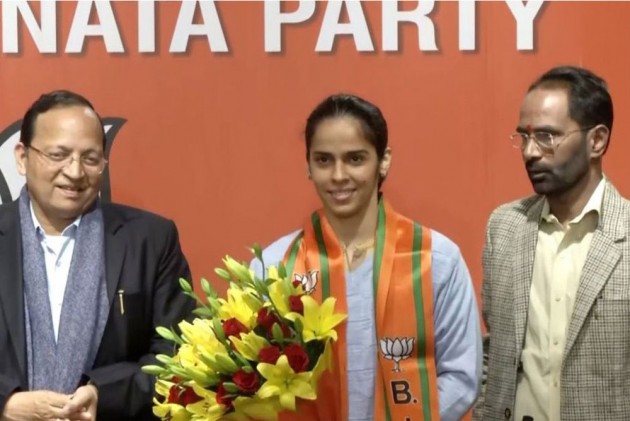 Ace Indian shuttler Saina Nehwal joined the Bharatiya Janata Party on Wednesday with a promise "to contribute for the betterment for India." The former world number one badminton player also heaped praise on Prime Minister Narendra Modi, saying she "draw[s] a
a lot of inspiration from Narendra sir."

#WATCH Badminton Player Saina Nehwal on joining BJP: The way Prime Minister works day & night, I like it very much. I like doing something for the country & BJP is a party that is doing good work for the country, I am happy to have joined the party. pic.twitter.com/q8oHcemoLh

She, along sister Chandranshu Nehwal, joined the saffron party in the presence of BJP General Secretary Arun Singh on Wednesday.

Married to fellow badminton player Parupalli Kashyap, Nehwal was India's top singles player before the arrival of PV Sindhu. Groomed by legendary Pullela Gopichand, Nehwal is one of the poster girls of Indian sports.

Here's a look at Nehwal's career:

- In 2009, she became the first Indian to claim a BWF Super Series title by winning the Indonesian Open.

- She became the first Indian badminton player to win an Olympic medal -- a bronze at 2012 London Games.

- In 2015, she became the first Indian female player to achieve world number one ranking in singles.

- She is the only Indian shuttler to win two badminton gold medals at the Commonwealth Games -- in 2010 and 2018.

- She remains the only Indian to have won at least one medal in every BWF major individual event -- at the Olympics, World Championships, and World Junior Championships.

NZ Vs IND, 3rd T20I: Rohit Sharma In Murderous Mood, Hits Hamish Bennett For 26 Runs In An Over - WATCH