Saina Nehwal had Pullela Gopichand and Vimal Kumar as personal coaches at different times. She now trains with her husband Parupalli Kashyap. 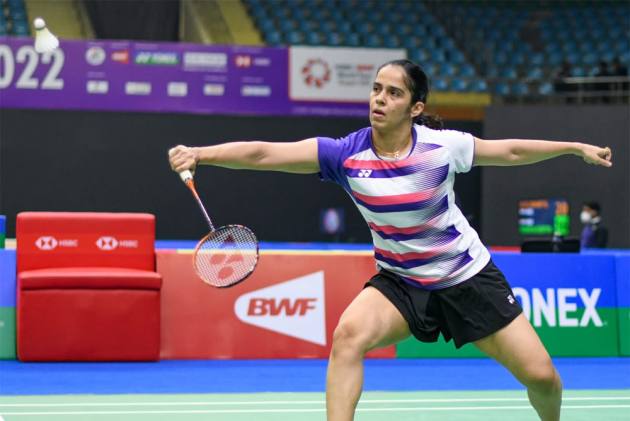 She had showed the way by quitting the Pullela Gopichand academy in 2014 and opting for personal attention ahead of international tournaments. Later, PV Sindhu followed her path and opted to desert a team-training structure for more one-to-one coaching. Saina Nehwal remains a strong advocate of dedicated coaching, if one has to win international success.

Most Indian players like Kidambi Srikanth are caught between personal training and academy/team training options. Not all players are successful and privileged like double Olympic medallist PV Sindhu, who is the richest woman athlete in India.

Most badminton players are funded by the government and may not have big sponsors. But Saina Nehwal, playing in the India Open 2022 in New Delhi, feels that top players must have personal coaches, like Sindhu has.

“Personal coaching is really good. It’s important for the individual sportsperson who are playing at the highest level,” Saina said on Wednesday. The former world No. 1 made a winning start at India Open 2022, the opening tournament of the Badminton World Federation annual calendar.

The injury-prone Saina Nehwal last played a competitive tournament at the French Open in October last year. The 31-year-old retired midway against Japanese Sayaka Takahashi in a Round of 32 clash.

Saina Nehwal won a bronze at the 2012 London Olympics. For her, Pullela Gopichand was her guru and a guardian away from home. But in 2014, the two split and Saina shifted base from Hyderabad to Bangalore. Saina chose former national champion U Vimal Kumar as her new coach.

It was under Vimal Kumar that Saina Nehwal attained the world No.1 ranking in women’s singles besides winning several international accolades.

Between 2014 and 2017, under Vimal Kumar, Saina became the first Indian woman to reach the All England final in 2015. She won two world championship medals - a silver in 2015 and bronze in 2017. It was a golden period for Saina Nehwal.

In 2017, Saina reunited with Gopichand to "realise her goals." But injuries and poor form hindered Saina's progress and eventually, she failed to make it to the Tokyo Olympics for lack of ranking points. At Gopichand's academy, Saina trains with her husband and Olympian Parupalli Kashyap.

Saina believes that having a personal coach benefits in having detailed knowledge on one’s own game and also puts emphasis on the areas that need to be worked on more technically.

“Am not saying about me or Sindhu, but if you see the likes of Carolina (Marin) and Tai Tzu Ying, everyone has individual coaches because they know where she has to work on or the coaches also know where they have to work on,” Saina explained.

“Maybe, they give them a lot more time to work on those areas, maybe they might spend three to four hours on that particular area with one player. So, definitely the improvement chances are bound to happen with personal coaching,” she added.

“Sometimes some players are good in group training as well. I have seen Srikanth doing well in group training and also B Sai Praneeth. It depends from person to person. But in individual sports, I definitely feel you need individual trainers, coaches, physios to help you out,” Saina said.

Having won the world championship silver, Srikanth is keen to have a personal coach.

PV Sindhu is also enjoying success with South Korean Par Tae-sang. The Korean was courtside when Sindhu won the bronze at Tokyo 2020.