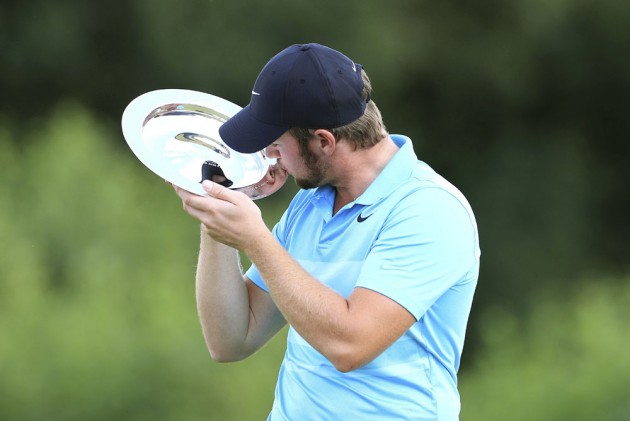 Sam Horsfield, who has been coming up with some excellent rounds every now and then, put together a string of four fine rounds at the inaugural Hero Open to outshine Thomas Detry and grab his first European Tour title on Sunday. (More Sports News)

Horsfield entered the fourth round at Forest of Arden Marriott Hotel & Country Club with a one shot lead and stayed there for most part of the day until Detry passed him with a birdie on the 17th.

Horsfield got to 17-under at the turn and then added one more on 10th to get to 18t-under and a comfortable lead.

Detry who was three under at the turn caught fire on the back nine and fired four birdies till he took sole lead at 18-under, when Horsfield was at 17-under, but a few groups behind.

Detry then dropped a shot on 18th and that later proved costly and cost him the Hero Cup.

When Detry passed Horsfield - who held a six shot lead at the turn on Saturday – it was the first time Horsfield had been headed. The Detry bogey put Horsfield back in a share of top spot.

A birdie on the par five 17th put him back in the solo lead and he held his nerve to sign for a 68, an 18 under par total and a maiden victory in his 65th European Tour appearance.

Detry earlier signed for a 66 to finish a single shot behind, three ahead of Swede Alexander Björk, Welshman Oliver Farr and England's Chris Paisley.

Horsfield appeared on the golfing radar at the age of just 13 when he recorded a 59 at his home course in Florida, a score he matched when playing with friends in Orlando during the coronavirus hiatus.

A 61 last week at Close House Golf Club showed that he could match that form with a competitive card in hand and he was threatening to blow the field away here as he followed a 63 on Friday with an opening nine of 31 in round three.

"With everything that's going on in the world right now, I'm thankful that the European Tour has been able to put on tournaments for us to play.

"I've been in Orlando for the last three months and felt like my game was right there. I played solid all week and gave myself a lot of opportunities and made one enough."

Björk signed for a 69, Paisley carded a 70 and Farr recorded a 71, with the trio sitting a shot ahead of Dane Rasmus Højgaard, German Maximilian Kieffer, Finn Mikko Korhonen and Frenchman Matthieu Pavon.