The winner of the 2019 Samba d’Or Award is Alisson, with the Liverpool star the first goalkeeper to take the prize 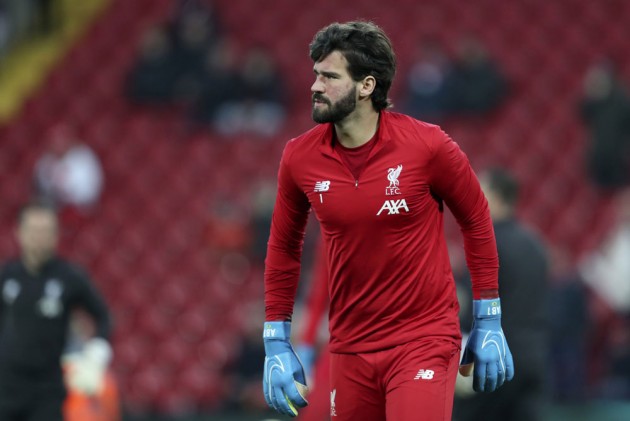 Alisson has become the first goalkeeper to win the Samba d'Or Award, beating Liverpool team-mate Roberto Firmino to the prize with Neymar only fifth.

The stopper took 35.54 per cent of the vote for the best Brazilian player in Europe with Firmino in second spot with 23.48 per cent.

Congrats to @LFCBrasil goalkeeper @Alissonbecker being voted the best Brazilian player in Europe for 2019 and becoming the winner of the 11th edition of the Samba Gold!https://t.co/MEREoaNbrz pic.twitter.com/0mJE9ACogw

Three-time winner Neymar, who missed Brazil's triumph at the Copa America on home soil, was in fifth place with only 7.57 per cent.

Firmino won the award in 2018 and Alisson is the third player to win the Samba d'Or while representing Philippe Coutinho the 2016 recipient.