Saqlain Mushtaq Begs To Differ With Kapil Dev, Explains Why India And Pakistan Should Play Cricket

Calling to resume cricketing ties between India and Pakistan, Saqlain Mushtaq said if the neighbours play, "there is a possibility of relations improving" 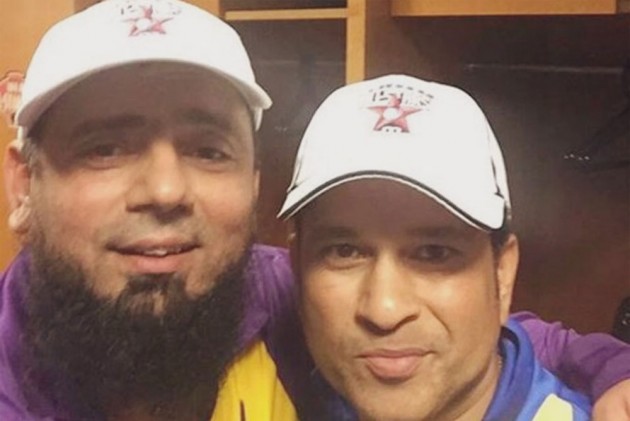 Akhtar's proposal of an India-Pakistan series to raises funds for the fight against COVID-19 pandemic in both countries had attracted criticism from big names like Kapil Dev and Sunil Gavaskar.

Dismissing Akhtar's idea of a bilateral series, India's World Cup-winning captain had said that India did not need the money.

However, Saqlain downplayed the financial factor.

"What do you call sports persons? You call them heroes and what is their job? Their job is to do good deeds. Winning and losing is part of the game. Cricket is not war. That is why I feel cricket should be played between the two countries.

"To say that Pakistan cricket will suffer because of not playing India is the not right way to look at this. The bigger picture is that the game should be promoted on both sides. And if we do play, there is a possibility of relations improving."

"Sachin and Shane Warne had organised All Stars matches in America (in 2015). You won't believe I saw a flag with colours of both India and Pakistan flags. An Indian and Pakistani were holding that together.

"It brought the two nations closer. I would request the ICC to look into this. Financially also, it is a win-win for both BCCI and PCB. The series is much bigger than the Ashes," Saqlain signed off.