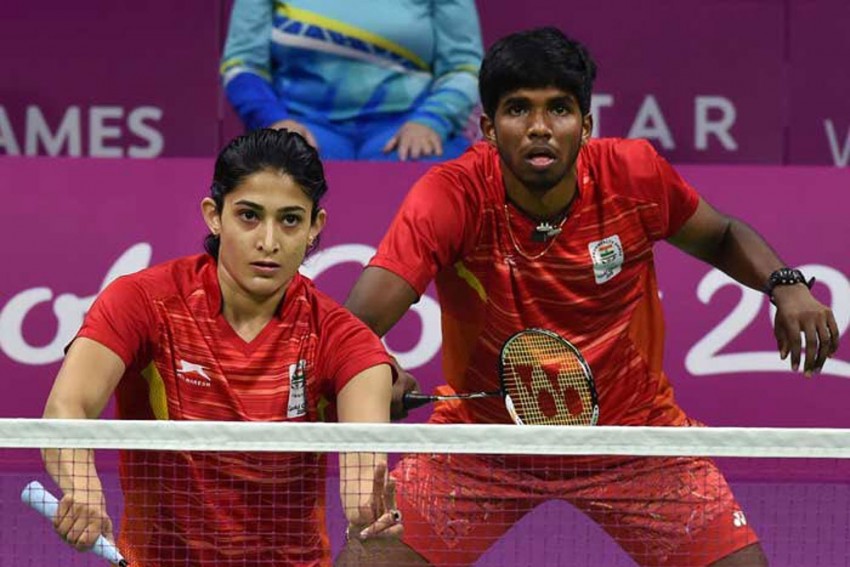 The unseeded Indian pair toiled hard for one hour and 15 minutes to beat their world no. 6 Malaysian opponents 18-21 24-22 22-20 in a nail-bitting quarterfinal duel.

Rankireddy and Ponappa, world no. 22, will be up against the winners of the last quarterfinal match between top seeds Dechapol Puavaranukroh and Sapsiree Taerattanachai of Thailand and Korean duo of Sung Hyun Ko and Hye Won Eom.

Sixth seed Indian PV Sindhu will take on Thailand's Ratchanok Intanon, seeded fourth, in the women's singles quarterfinals, while Sameer Verma will play third seed Anders Antonsen of Denmark in the men's singles last-eight round later in the day.

Rankireddy will then team up with Chirag Shetty to face Malaysia's Yew Sin Ong and Ee Yi Teo in the men's doubles quarterfinals.