The world No.11 duo of Satwiksairaj Rankireddy and Chirag Shetty qualified for the season-ending Badminton World Tour Finals after Japanese Akira Koga and Taichi Saito lost in the Indonesia Open Super 1000 event semifinals. 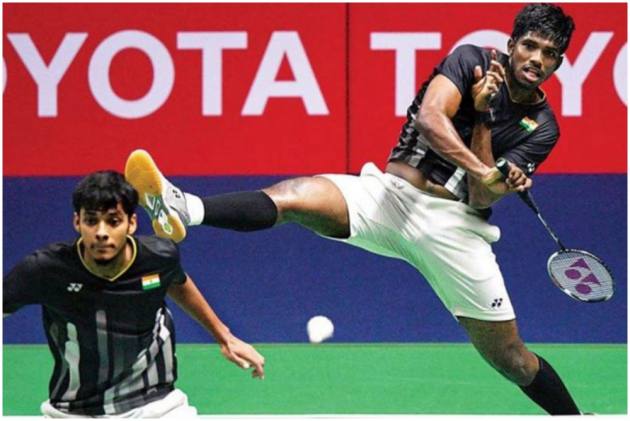 Satwik and Chirag had finished at the semifinals of the Indonesia Open last week but made the cut after the Japanese pairing of Akira Koga and Taichi Saito also lost in the last four at the Super 1000 tournament.

The Indian pair thus leapfrogged the Japanese pair in the Road to Bali to book the berth at the year-ending event. Satwik and Chirag needed to beat the World No. 1 pair of Marcus Fernaldi Gideon and Kevin Sukamuljo in the semifinals to make the cut but they ended up losing 16-21, 18-21.

Akira and Taichi had lost to the fellow Japanese duo of Takuro Hoki and Yugo Kobayashi 22-20, 21-14 to pave the way for the Indian pair.

“Fell short in the end against Kevin/Marcus today. But nevertheless happy with the way we played this week. On the positive side we have qualified for the World Tour Finals!” Chirag wrote on his Instagram page.

“It's the first time we’ll be part of the WTF and I can’t wait to play against the top 8 pairs on tour this year! Also thank you for all the support. Appreciate it,” he added.

Earlier, Lakshya Sen had become the youngest Indian to qualify for the USD 1,500,000 tournament, which will also see the participation of Kidambi Srikanth, two-time Olympic medallist PV Sindhu and women’s doubles pair of Ashwini Ponnappa and N Sikki Reddy.

Srikanth, Sameer Verma, Sindhu and London bronze-medallist Saina Nehwal have competed in the year-ending tournament in the past. While Sindhu is the only Indian to win the BWF World Tour Finals in 2018, Saina had reached the summit clash of the BWF Superseries Finals in 2011.

Srikanth and Sameer have reached the knockout stage but couldn't enter the finals.