Scotland will be aiming to consolidate their position within the top two with a win against PNG in ICC Men's T20 World Cup. On the other hand, a victory would help PNG end their 12-match losing streak in white-ball cricket. 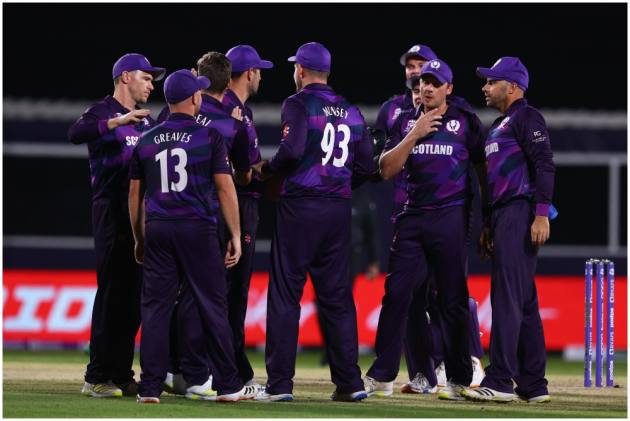 Buoyed by their stunning victory over Bangladesh, Scotland will be keen to keep the winning momentum going when they take on Papua New Guinea in the ICC Men’s T20 World Cup in Al Amerat, Oman on Tuesday. (More Cricket News)

Chris Greaves’ magnificent all-round display, which saw him hit a 45 off 28 deliveries before snaring two crucial wickets, helped Scotland notch a six-run victory over Bangladesh in their opening clash, while debutants Papua New Guinea were handed a 10-wicket thrashing by co-hosts Oman in the tournament opener.

Scotland were in a spot of bother at 53/6 before Greaves led a brilliant lower-order fightback, stitching vital partnerships with Mark Wyatt (51 runs) and Josh Davey (27 runs) to help his side set a respectable target.

The batting collapse upfront will be a cause of concern for the Scots, four batters at the top failed to go beyond the five-run mark with captain Kyle Coetzer and Michael Leask scoring ducks. They would need to take more responsibility going ahead.

The bowlers did well to keep the pressure on the opposition from the beginning and wickets at regular intervals sealed a memorable victory for the Scots in the end. However, despite ending on the winning side skipper Coetzer conceded that the side is capable of better performances.

“We understand that we have to play extremely well to beat sides. We certainly didn't play to our full potential,” Coetzer said. A win on Tuesday will put Scotland in strong position to head to the Super 12s stage.

On the other hand, Papua New Guinea, who were hoping to end their 12-match losing streak in white-ball cricket, were completely outplayed in all departments. Going ahead, not only will they have to win against Scotland they will also look to improve their net run rate which currently stands at -3.135.

The side will need to do some serious thinking ahead of the next game. Barring skipper Assad Vala, who hit a half-century and Charles Amini’s (37), the PNG batters struggled and were guilty of giving away their wickets in clusters.

It wasn’t a great outing for the bowling unit either, the skipper used seven bowlers but none could trouble the opposition. They will have to regroup fast.

Looking ahead, Vala said “We just need to focus on ourselves and not worry about Scotland and Bangladesh at the moment, because it was down to us that we didn't do well today because we didn't execute our plans.”