Scotland Rack Up Records In Massive T20 Win Over Netherlands 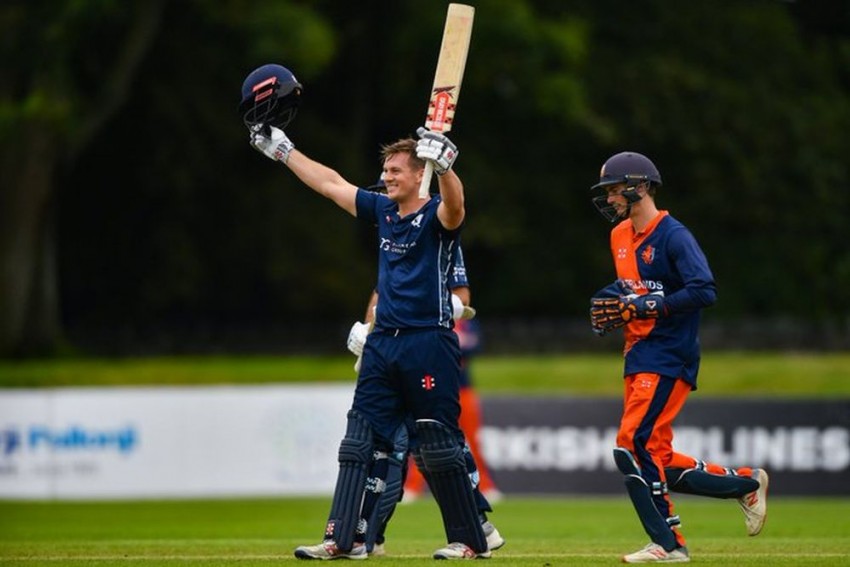 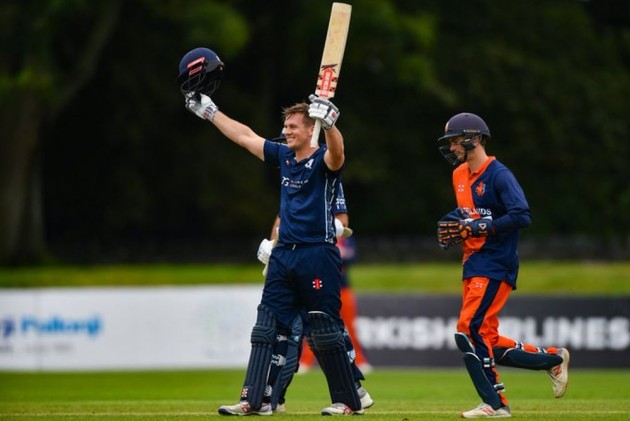 Scotland recorded the third-highest stand in international T20 history as George Munsey and Kyle Coetzer put on 200 in their side's 58-run win over Netherlands. (CRICKET NEWS)

The pair ran riot in Dublin with their double-century partnership before Coetzer was caught out for 89.

Munsey went on to score an unbeaten 127, while Richie Berrington hit 22 as Scotland finished on 252 for three -- the sixth highest T20I total.

Munsey scored at a pace that put him in rarified company.

He hit his maiden century off 41 balls. Three men have scored faster T20I centuries, all off 35 balls. He hit 14 sixes. Only Hazratullah Zazai, who clobbered 16 for Afghanistan against Ireland in February has struck more.

Munsey also struck 32 off one over, only Yuvraj Singh of India who hit six sixes off England's Stuart Broad in 2007 has scored more.

Holland could only manage 194 for seven in response, with Alasdair Evans and Adrian Neill both taking two wickets as Scotland moved to the top of the table in the triangular tournament.

When asked whether he had his sights on the world-record T20 stand, which was set at 236 by Afghanistan against Ireland earlier this year, Munsey said: "I didn't know what it is. I will be honest, at 199 he (Coetzer) took a big swing and missed and I thought, 'One more run and we've got 200'.

"But I didn't say that in the end and he got one away for the 200 partnership."

Scotland face hosts Ireland on Tuesday in both sides' second match in the six-game series.