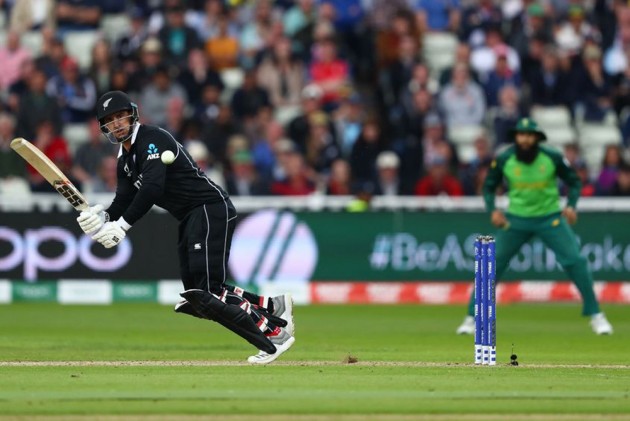 On a day when everyone found batting difficult, Colin de Grandhomme succeeded by keeping it simple. The New Zealand all-rounder produced what he regarded as his best-ever ODI knock, playing a large part in a four-wicket victory over South Africa at Edgbaston.

De Grandhomme  60 from 47 deliveries provided the impetus alongside Kane Williamson’s imperious hundred, and he revealed that there was nothing complicated to his approach.

“That’s just my game and that’s how I play. It went well. I just try to do my job when I can. Some days it doesn’t work, today it did. Cricket is a simple game.”

De Grandhomme, who spent two seasons at Edgbaston with Warwickshire, got a good look at the wicket during South Africa’s innings, bowling economically on his way to figures of 1/33 from ten overs.

As he explained, with the ball it was simply a case of putting it in the right areas and waiting for a mistake, with Aiden Markram the victim of the all-rounder.

It was then that De Grandhomme joined Williamson, and he admitted that having a player of his skipper’s calibre alongside him made the task more straightforward.

ALSO READ: New Zealand Vs South Africa: To Be Able To win On Different Pitches Important, Not My Innings: Kane Williamson

He added: “Having Kane at the other end makes it a lot easier, knowing he’s a gun. He didn’t give me too much advice, I don’t take too much in.

“We had to take it to the last ten overs so we had to build for ten overs. Then we could see where we were. Luckily the run-rate didn’t get above seven so we were always still in the game.”