After Juventus fell to a 2-1 loss to Porto on Wednesday, Antonio Cassano said Cristiano Ronaldo is showing a selfish side to his game 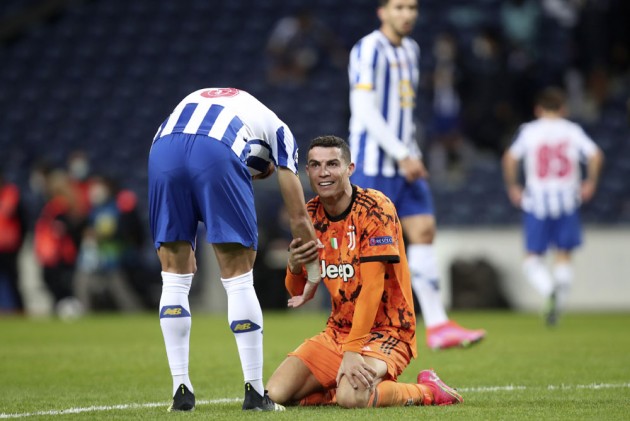 Cristiano Ronaldo is "selfish" and is struggling to adjust to Andrea Pirlo's style of play at Juventus, according to former Italy international Antonio Cassano. (More Football News)

Juventus suffered a surprise 2-1 loss away at Porto in the first leg of their Champions League last-16 tie on Wednesday, with Federico Chiesa scoring in the 82nd minute after Mehdi Taremi and Moussa Marega put Sergio Conceicao's side in control.

Ronaldo supplied two key passes and only had one shot on target in the match, with the Bianconeri facing possible elimination in the first knockout round for the second straight season. It was the first time Ronaldo had registered one shot or fewer in a Champions League match since November 2019 against Atletico Madrid.

Juve spent €112million to bring five-time Champions League winner Ronaldo to Turin in 2018 with the aim of boosting their chances of lifting the trophy for the first time since 1996.

Cassano thinks Ronaldo has struggled to adapt to the philosophy of rookie head coach Pirlo and is too focused on himself to help the team.

"I have always said, even though he is a phenomenon and has scored a billion goals, that with Andrea Pirlo's idea of football he could run into difficulties," Cassano said on Christian Vieri's Twitch channel BoboTV.

"He scores a goal per game, it's true, but he struggles with Andrea's idea. He's always been a bit selfish, he doesn't give a damn about others scoring goals.

"He's the kind of player that lives to score, not for the game, for the great match. He lives to score and in this moment the situation is getting worse. The years pass for everyone and he is having difficulties.

"This is because, since Sarri, Juventus are trying to show a style that is different to its history. It's clear that Pirlo must be judged in four or five years, but Juventus want everything immediately."

Ronaldo has scored 88 goals in 116 games in all competitions for Juve and has supplied 19 assists. Juan Cuadrado (21) is the only Juventus player to have laid on more goals since the Portugal captain's arrival ahead of the 2018-19 season.