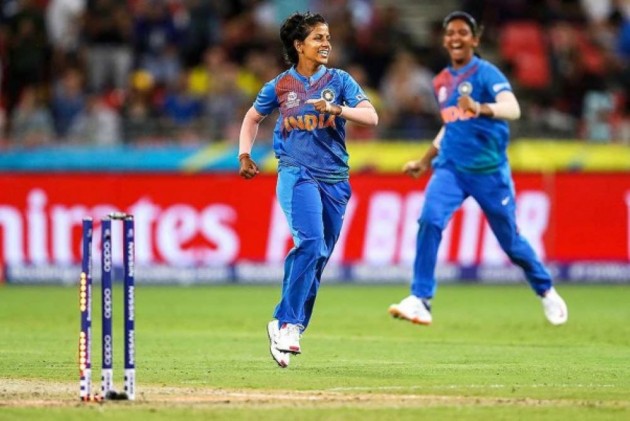 Senior India bowler Poonam Yadav on Tuesday admitted that the spin department hasn't been up to the mark in the ongoing ODI series against South Africa, adding that the home team slow bowlers are working on bringing changes to their game going ahead. NEWS | 5th ODI Preview

The Indian women's team known for its strong spin attack was let down by its tweakers in the five-match series which the visitors have already clinched 3-1. Apart from Rajeshwari Gayakwad, who snared five wickets in four matches, the other spinners have failed to provide the impact expected of them.

"We beat South Africa in South Africa and also when they came here. But our spin attack hasn't been that successful now," Yadav said during a virtual pre-match press conference ahead of the fifth ODI on Wednesday.

"So, we talk about what we can work on in the practice sessions. We discuss that if the wicket isn't assisting then next what? When the wicket isn't helping what changes can we make, we are focussing on that," added Yadav.

However, Yadav is hopeful of the side putting up a better show in the three-match T20I series starting on Saturday.

"In T20s we will try to do better. Maybe we weren't able to implement our plans in ODIs. But we are working on it and will improve in the matches ahead."

The diminutive leg-spinner has been unable to pick a single wicket in the four matches she has played in five-match series so far.

"Being a senior player the role I have in the team I haven't been able to fulfil in these matches but going ahead I will try and perform as per the needs of the team. Because in T20 you can't go in for wickets you go to contain (the batter)," Yadav said.

The 29-year-old said she has worked on adding variations in her bowling during the COVID-19 enforced break but needs a few more matches to perfect it.

"I have added variations. I have added the flipper, tried it in the match but we are playing after a long time due to COVID-19.

"May be it will take a little more time for us to settle down. I need to work more on the flipper," Yadav said.

Captain Mithali Raj has turned to her deputy Harmanpreet Kaur with the ball several times in the series and Yadav reckons the T20 skipper can help the team if she bowls in the shortest format as well.

"We talk a little, she asks how her ball was because being on the field only a bowler can help the other. She has been working on her bowling and has done well. If she bowls in T20s it will help our team."