The Youth Olympics champion Saurabh Chaudhary looked in a league of his own, beating a talented field with ease. He scored 246.8, beating his own finals world record score of 246.3 by a huge 0.5 margin 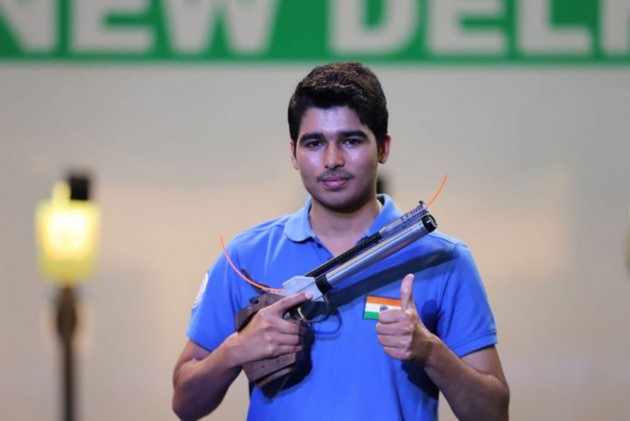 The Youth Olympics champion Saurabh looked in a league of his own, beating a talented field with ease. He scored 246.8, beating his own finals world record score of 246.3 by a huge 0.5 margin.

Although this will not be counted as an official in the global scheme of things, Saurabh's effortless performances over the course of two days of national trials was heartening to watch.

World championship silver medalist Anjum Moudgil triumphed in the women's 50m rifle 3 Position event. The Punjab girl shot 456 to win the finals after topping qualification with a 1170, which was a clear five points more than second-placed Sunidhi Chauhan of Madhya Pradesh, who was second in qualifying with 1165.

In the finals, Kajal Saini of Haryana came second with 451.7 and the seasoned Lajja Gauswami of Gujarat was third with 441.

In the men's 10m air T7 finals, Air Force's Shahzar Rizvi, a former world record holder, was second behind Saurabh with 243.7 while Army's Ravinder Kumar was third with a score of 220.3.

Saurabh had earlier also topped the qualifying round with a sublime score of 587. The Army's Vikas Dhama was second with 581 while all other six finalists shot scores of 580.