Sergio Aguero's decision to bid adieu to professional football comes after he complained of chest pains during his team’s 1-1 draw with Alaves in a La Liga encounter on October 30. Doctors had adviced Aguero to stop playing. 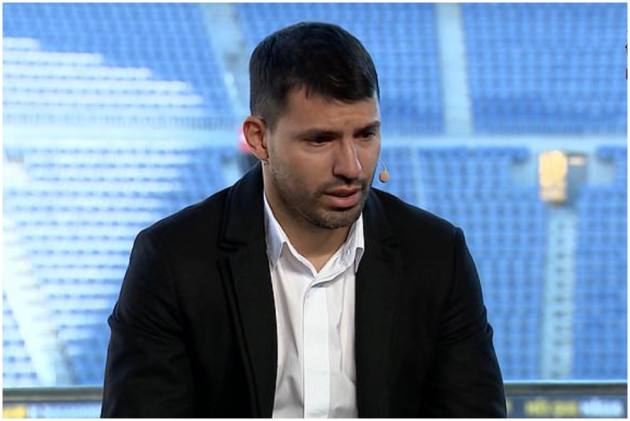 “I have decided to stop playing football. It’s a very difficult moment. The decision that I have made, I have taken it for my health - because of a problem that I had. The medical staff have told me that the best thing would be to stop playing,” an emotional Aguero said.

“I’m very proud of the career I have had and I’m very happy. I've always dreamt about playing football.” The 33-year-old Argentine was diagnosed with a heart arrhythmia since he was brought off after 41 minutes of his first start for Barcelona after suffering from chest pains.

“I want to share my gratitude to everyone, regardless of where I've played ... Atlético Madrid ... Manchester City ... Barça,” he added. “I don't know what awaits in the next life ... I will always remember the amazing things.”

"I have decided to stop playing football."

Aguero, who signed for Barcelona on a free transfer from Manchester City this season, was taken to hospital after the draw against Alaves in October.

Since his transfer, Aguero made only five appearances for Barcelona and scored only once in a defeat to arch-rivals Real Madrid. He was recovering from a calf injury and only made his debut for the Catalan giants in October.

Aguero is the fourth-highest goalscorer in Premier League history and also Manchester City’s all-time top scorer with 184 goals in 275 appearances. Aguero moved to City from Atletico Madrid in 2011 and since then won five Premier League titles, one FA Cup and six League Cups during his time at the Etihad Stadium.

For the national team, Aguero scored 41 goals in 101 games and represented Argentina at three FIFA World Cups, He also helped them win the Copa America earlier this year.