Joaquin Caparros, who brought Sergio Ramos into the Sevilla first team, says the Real Madrid and Spain defender deserves all his success 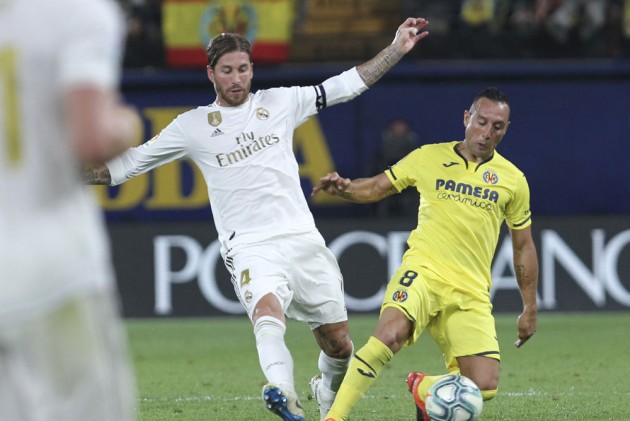 Ramos, 33, equalled Iker Casillas' tally of 167 senior appearances for La Roja in the 4-0 Euro 2020 qualifying victory over the Faroe Islands on Sunday.

The centre-back, who made his Spain debut in 2005 and has won the World Cup and two European Championships, said he would like to reach 200 caps before he retires from international football.

Caparros, who brought Ramos into the Sevilla first team just a year before he first appeared for his country, says it comes as little surprise to see the player on the brink of taking the Spain record - something he is likely to do in next month's Euro 2020 qualifier with Norway.

"He's a born winner, with a great personality since he was young," Caparros told Radio Marca. "He's always had a great talent that has allowed him to reach these figures.

"He arrived at Real Madrid at a very young age and if it wasn't for his personality and clarity of ideas he wouldn't have achieved so much [in his career]."

Caparros says the player has always demonstrated the right attitude when it comes to chasing honours.

"All the youth coaches at Sevilla were really on the lookout for Sergio Ramos," he said. "He always wanted to play and he listened very attentively to the older players, you would always see him with exemplar professionals like Pablo Alfaro, Javi Navarro or Pep Marti.

"It's no coincidence that he's got this far [in his career]."

Caparros believes more recent criticism of Ramos' form for Madrid, particularly in 2019, is to be expected of someone who has delivered much to a demanding fan base.

"Winning everything is in the DNA of the club and Sergio Ramos is a Real Madrid icon," he added. "Therefore, it's normal that the focus is on him.

"The hunger of Sergio Ramos to overcome every kind of situation serves him well in confronting negative spells. Criticism is normal at Real Madrid but, from my point of view, the problem is more collective than individual in regards to Sergio."