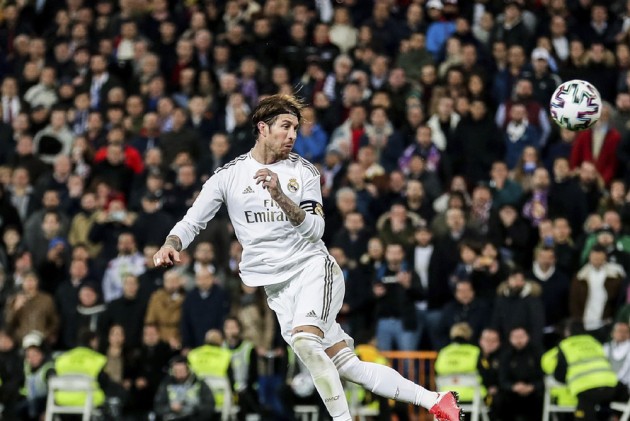 Ramos moved past Hierro for the fifth most La Liga matches for Madrid during Sunday's win over Osasuna, reaching 440.

The defender scored his sixth goal of the season in the 4-1 victory that ensured Madrid maintained a three-point lead atop the table.

Hierro, a Madrid great, said what Ramos had achieved with the Spanish giants was incredible.

"Years ago we defenders had more chances to score, we'd often play in midfield. But in today's day and age, in the 21st century, Sergio is extraordinary.

Yesterday's appearance against @CAOsasuna was @SergioRamos' 440th for us in LaLiga, taking the captain above Fernando Hierro and up to FIFTH on the list of @realmadrid players with most appearances in the competition! #HalaMadrid pic.twitter.com/FTeEboIRJc

"[Gerard] Pique scores quite a few goals too, but Sergio really is an anomaly.

"His goalscoring record for Real Madrid and the national team is remarkable."

Ramos has also scored the equal 10th most goals for Spain with 21 in his 170 appearances.