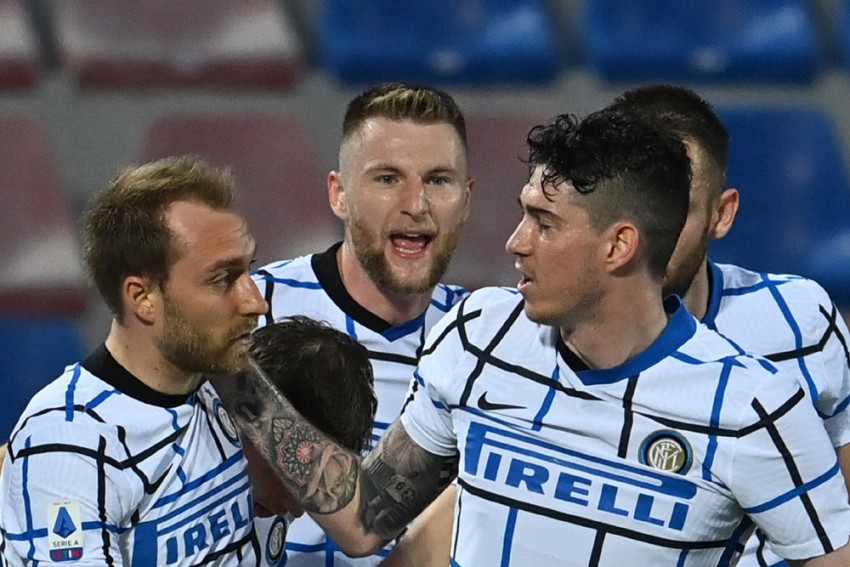 Atalanta's 1-1 draw with Sassuolo last week meant Inter were crowned champions of Italy for the first time since Jose Mourinho's treble-winning side in 2009-10, ending Juventus' run of nine consecutive Scudetti.

Reports of a possible sale first emerged in the middle of the season and rumours regarding the Chinese owners – who acquired a majority stake in 2016 – persist amid the COVID-19 crisis.

"We were going through serious financial problems, even if we weren't the only ones in such a difficult moment.

"I saw that as a club we can still improve. The coach has done something extraordinary over two years, now it's up to us to improve the internal mechanism and aspire to something more.

"The financial problems remain and it could take a couple of years to rediscover that balance. We need people back in the stadium to make the sponsors happy. Basically, a return to normality.

"We mustn't hide, it is a delicate moment, but we want this so we can take a bigger step forward. What we need is an over-reaching strategy that guarantees sustainability in the long-term."

The former Italy boss is only the second coach in Serie A history to win a Scudetto with both Inter and Juve, joining Giovanni Trapattoni.

"Conte has brought a work ethic and mentality first and foremost," Zanetti said. "He convinced even the youngest players that his project could really work. Since the day he arrived, not a day has gone by without him thinking how to improve this team. He convinced the club to follow him.

"There was some initial scepticism about his past at Juventus, but they learned to love him. He has been focused since the first day and accepted this challenge like a real Interista."