Torino moved one point clear of the drop zone while Fiorentina was 12th. 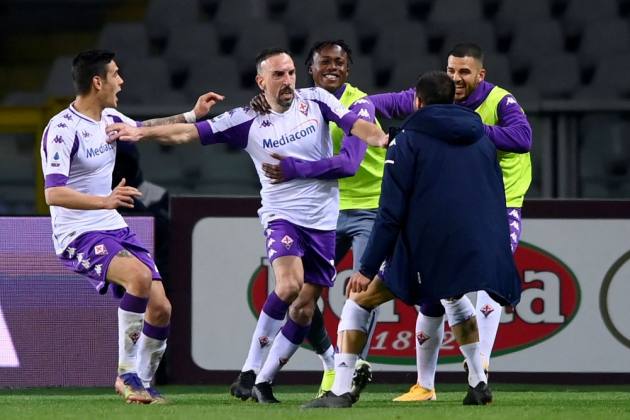 Relegation-threatened Torino conjured a last-gasp goal from Andrea Belotti to draw with nine-man Fiorentina 1-1 at home in Serie A. (More Football News)

Belotti slid in at the far post to redirect a cross from Simone Verdi in the 88th minute, after Franck Ribery scored from a tight angle for Fiorentina on Friday.

Ribery finished off a give-and-go with Giacomo Bonaventura in the 68th, shortly after Gaetano Castrovilli was sent off for a last-man foul.

Then Nikola Milenkovic was sent off, too, following a clash with Belotti, who was shown only a yellow.

Both sides hit the woodwork in the first half.

Torino moved one point clear of the drop zone while Fiorentina was 12th.