Sevilla Vs Atletico Madrid, Live Streaming: When And Where To Watch La Liga Match 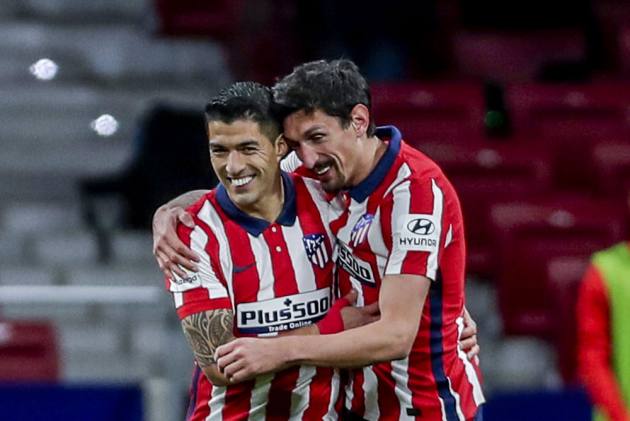 Diego Simeone's La Liga leaders Atletico Madrid travel to fourth-placed Sevilla on Sunday hoping to better the 1-1 draw at Ramon Sanchez Pizjuan last season as the season enters a decisive phase. Atletico have squandered a once double-digit advantage over the past two months with just four wins in nine rounds. And now, they face a critical test in their title bid. (More Football News)

Ahead of the match, Simeone insisted that "words are not important" but rather what his team does instead as they look to maintain their lead at the top of the Spanish top-flight.

"The only thing that I can say today has no relation to what can happen tomorrow. In reality, the words are not important in this moment - it's the facts that count.

"And the reality is what is going to come and as much as I can have an imaginary situation, the only thing that counts is the match," Simeone said.

Atletico are three points clear of second-placed Real Madrid, and four ahead of third-placed Barcelona with just 10 games left in La Liga. Zinedine Zidane's defending champions Real have played one extra game, though.

The match pits the two stingiest defenses in the league against one another. Atletico have allowed a league-low 18 goals; Sevilla are next with 21.

Sevilla, 11 points adrift at fourth after 28 matches, will hope to consolidate their position in the top four and qualify for the UEFA Champions League. And Julen Lopetegui's side can't afford any slip up even though they are nine and eight-point lead over chasers Villarreal and Real Sociedad.

Joao Felix remains doubtful with a leg injury and forward Yannick Carrasco is serving a one-game suspension, leaving coach Simeone with Luis Suarez and Angel Correa in the attack.

Sevilla are likely to miss Aleix Vidal due to a hamstring injury, but Lopetegui have other issues, except selecting a team that can beat Atletico, who have won nine of their 13 matches on the road. Fernando, Joan Jordan and Ivan Rakitic should start.

Head-to-head: This will be their 49th meeting, with Atletico leading the head-to-head record 17 to 16. Simeone's side won the first leg 2-0.