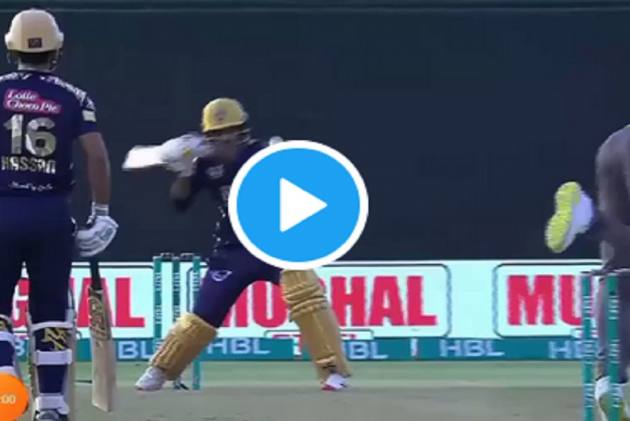 The two had to be separated by the Lahore captain Sohail Akhtar and senior Muhammad Hafeez and the umpires in the 19th over of the Quetta innings on Tuesday.

The argument took place after Sarfaraz was hit on the helmet by a bouncer from Afridi which was declared a no-ball by the umpire.


The ball hit the helmet and went down to third man and as Sarfaraz took the run and went to the non-striker's end, he apparently had something to say to the young pacer.

Afridi, however, didn’t take kindly to the words from his former Pakistan captain and reacted aggressively walking down from his run-up for a face off.

As Afridi got more animated and pointed towards Sarfaraz while trying to get close to him, the umpire intervened to keep the two Pakistan players apart with Akhtar and Hafeez also rushing down to cool down the situation.

Hafeez could be seen asking Sarfaraz to cool down with Afridi later saying the incident was part of the game.

But the incident sparked a debate on social media with many criticizing Afridi for his aggressive reaction and behaviour towards his former captain and senior player while others defended the youngster.