Alexander Zverev saved three set points in the first-set tie-break en route to a 7-6(13), 7-6(3) victory over French qualifier Jeremy Chardy in the Shanghai Masters on Wednesday. 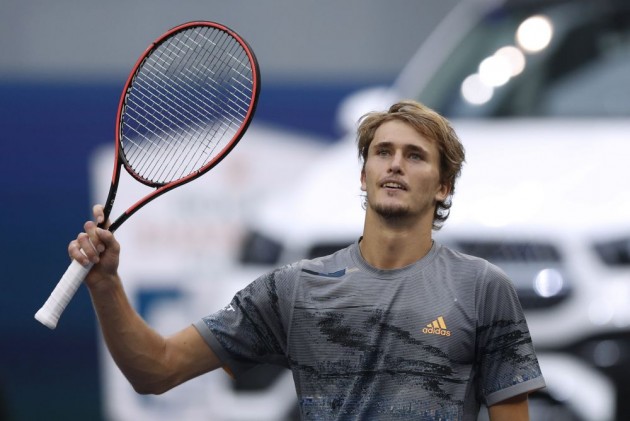 Alexander Zverev smashed and seethed into the last 16 of the Shanghai Masters on Wednesday (October 9) with a dragged-out 7-6 (15/13), 7-6 (7/3) win over French underdog Jeremy Chardy.

An incident-packed match saw Zverev apologise to a television cameraman after the young German accidentally hit a ball square into his jaw in winning a point. (TENNIS NEWS)

The 22-year-old was also seen by a doctor in the first set and in another colourful moment Zverev smashed his racquet on the floor during the mammoth first-set tie break.

Zverev, ranked sixth in the world but suffering a poor season, was pushed all the way by the 71st-ranked Chardy before finally emerging in one hour and 48 minutes.

The second-set tie break also had a lighter moment -- Zverev losing his grip while hitting a shot, and his racquet flying into the crowd.

Zverev has long been talked about as the next big thing in men's tennis, but only one of his 11 career titles has come this year. He is yet to win a Grand Slam.

The fifth seed will play Andrey Rublev of Russia next.