Shaquille O'Neal: The Hall Of Fame Center's Career In Numbers

Shaquille O'Neal retired from the NBA nine years ago on Tuesday. Stats Perform News looks at some stand-out statistics from his career. 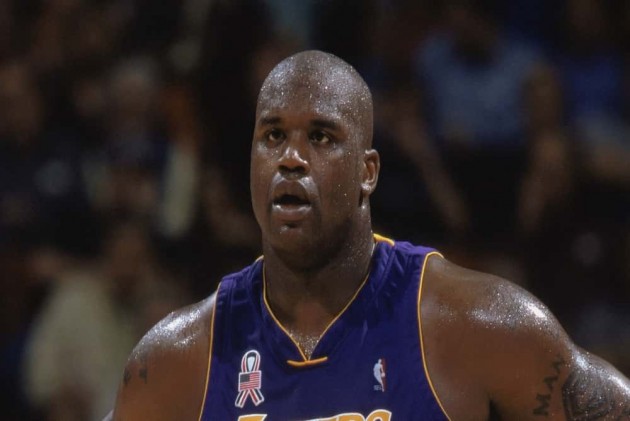 Nine years on and the Hall of Famer remains one of the most dominant centers the league has ever seen.

After being drafted first overall in 1992 by the Orlando Magic, O'Neal was named Rookie of the Year and went on to provide the focal point of a team that reached the NBA Finals in 1995.

The Magic failed to go one better the following year and lost him to the Los Angeles Lakers, where he teamed up with Kobe Bryant and three-peated under Phil Jackson.

He was traded to the Miami Heat and won one more NBA championship there, before stints at the Phoenix Suns, Cleveland Cavaliers and, finally, the Boston Celtics.

O'Neal had his jersey numbers retired by the Heat and the Lakers, while the latter also erected a statue of him outside of Staples Center.

Using Stats Perform data, we look at some of the most notable aspects of O'Neal's career.

From his first year in the league until 2004-05, O'Neal averaged at least 20 points and 10 rebounds per game in each of those seasons. That is 13 straight and is more than anyone else in NBA history. Wilt Chamberlain, Kareem Abdul-Jabbar and Hakeem Olajuwon each accumulated 12 in succession.

.@SHAQ is one of four players in NBA history to score over 25,000 points and block over 2,500 shots! #NBABreakdown pic.twitter.com/Jqd19teBev

A man for the big occasions

While he shared the spotlight with Bryant at the Lakers, O'Neal showed how important he was to the team when needed.

He was named the NBA Finals MVP in 2000, 2001 and 2002. The only other player to win the award in three straight years is Chicago Bulls legend Michael Jordan.

O'Neal also holds the record for the most offensive rebounds in postseason history, with his 866 comfortably outstripping second-placed Tim Duncan's 778.

Struggles from the stripe

While he may have had the beating of most opponents in the paint, O'Neal found life much harder from the free-throw line.

He was often subjected to intentional fouls, with opposing coaches looking to manage the game clock and limit his team's scoring by sending him to the stripe. The strategy was dubbed the Hack-a-Shaq.

O'Neal missed 5,317 free throws across his entire career, the second-most all time in the NBA; only Chamberlain (5,805) missed more.

O'Neal also holds the single-game record for the most free-throw attempts without making one, failing to hit any of his 11 against the Seattle SuperSonics in December 2000. He still finished the game with 26 points.