Sharad Kumar, also a Sports Authority of India coach, had trained for three years in Ukraine from 2017 to prepare for the Paralympics. 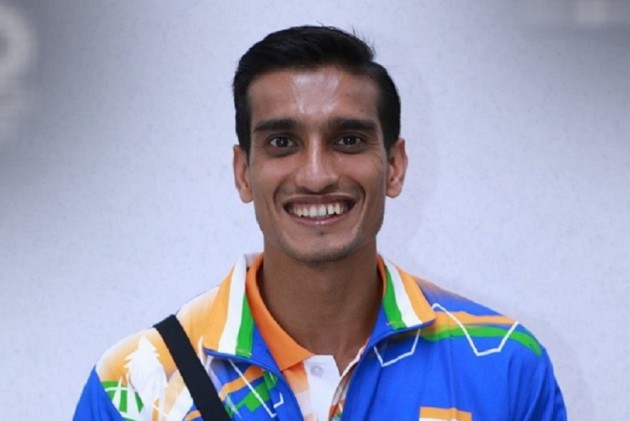 Sharad Kumar was on the verge of pulling out from Paralympics T42 high jump final due to a knee problem but dialling his family back in India and reading Bhagavad Gita a night before the event helped him overcome the anxiety for a bronze-winning effort. (More Sports News)

The 29-year-old Patna-born athlete, who jumped to 1.73m to win the bronze, suffered meniscus dislocation (a type of knee injury) on Monday and wept all through the night.

"I felt great to have won a bronze because I had an injury on my leg (sustained during training on Monday), my meniscus dislocated last night. I the cried whole night and thought of pulling out of the event," Kumar said after the event.

"I spoke to my family back home (last night) and my father asked me to read Bhagavad Gita and focus on what I can do and not on what I have no control over," said the athlete who suffered paralysis of his left leg after being administered a spurious polio drug during a local eradication campaign at the age of two.

"So, I put the injury aside but every jump I took was a war. The medal is the icing on the cake," said Kumar who is a Masters degree holder in International Relations from Delhi's Jawaharlal Nehru University.

He is a product of Delhi's Modern School and Kirorimal College and his brother and sister live in the national capital.

Kumar, a double Asian Para Games (2014 and 2018) high jump champion and world silver medallist (2019), said it was a tough situation for him during the event as he was jumping as well as trying to protect his knee.

"I was doing two tasks, jumping as well as trying not to destabilise my knee. And that too amid pouring rain."

Asked how difficult it was to compete in the rain, Kumar said, "Competing in high jump in those conditions is very difficult for us.

"We have one leg to balance ourselves and we wear spikes on the other (leg). I tried to speak to the officials saying that we might have to call it off. But the American guys had spikes for both the legs, that did not add to our support and the competition went on."

Kumar took up high jump when he was in class 7 at the St Paul's School in Darjeeling. He said some of his teachers were against him taking up the sport.

"There were a lot of teachers who did not want me take up to sport and told me that I have a broken leg and the other leg will also be broken. But my brother (who was with him at the school) said he will take all the responsibility and I will do the high jump. That is where I started doing high jump."

Kumar, also a Sports Authority of India coach, had trained for three years in Ukraine from 2017 to prepare for the Paralympics.