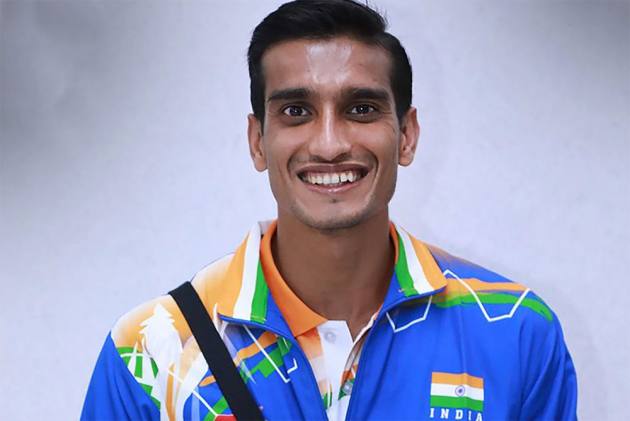 Paralympics bronze-medallist high jumper Sharad Kumar has been admitted to All India Institute of Medical Sciences (AIIMS) after experiencing chest congestion but he is "feeling better" now. (More Sports News)

Kumar, who won a bronze in the T-42 high jump event in the Tokyo Paralympics on August 31, is awaiting his test reports after he was admitted to the prestigious medical facility four days back.

"I have been here for four days after feeling chest congestion. I am feeling better now," Kumar told PTI.

"Everyday, there is a test and the doctors are going to tell (what is future course of action) in a day or two," he added.

The 29-year-old Patna-born athlete, whose left leg was paralysed after he was administered a spurious polio vaccine as a toddler, had competed in the T-42 final despite suffering a knee injury while training before his event. He later said he was on the verge of pulling out of the competition. He jumped 1.83m to win the bronze.

"I had my meniscus dislocated (during training). I cried whole night and thought of pulling out of the event. I spoke to my family back home and my father asked me to read Bhagavad Gita and focus on what I can do and not on what I have no control over," he had said then.

The T42 classification is for athletes with a leg deficiency, leg length difference, impaired muscle power or impaired passive range of movement in the legs. The athletes compete in a standing position.