Shardul not only hit two half centuries (57 and 60), but also took crucial wickets as India thrash England by 157 runs at the Oval 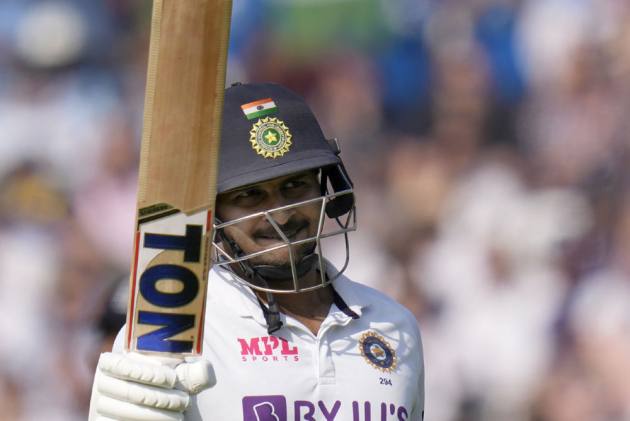 "It (Shardul's contribution) is massive. He (Shardul) played two crucial knocks that really helped us to gain momentum, even in the first innings he changed the momentum and the momentum clearly shifted in our favour," Bumrah said at the post-match press conference after his team recorded a staggering 157-run win over England to go 2-1 up in the five Test match series.

Shardul hit two half centuries (57 and 60) as he helped his team in both the innings, not only with the bat but also with the ball.

The 'Palghar Express' returned with figures of 1/54 and 2/22 and got the prized scalp of rival skipper Joe Root in the second essay.

"And then, we created a lot of pressure in the evening and got two early wickets. And in the second innings as well, when we got to a reasonable score but he (Shardul) took the team towards safety.

"And with the bowling effort as well, he chipped in with crucial wickets. His effort was massive and it is always necessary to have that fifth bowler, who gives you that comfort and does the job for the team," added Bumrah, as he was effusive in his praise for the Mumbai bowler.

"So, very happy for him and hopefully he carries on and does even better things in the future," quipped the Gujarat speedster.

India bowlers led by Umesh Yadav (3/60) wreaked havoc on the fifth day as they shot out England for 210 to script a memorable win.

Bumrah (2/67 and 2/27) also became the fastest Indian pacer to grab 100 Test wickets, in his 24th game, surpassing the legendary Kapil Dev, but the fast bowler said that he does not think much about numbers.

"I don't think much about numbers. Because it is a very good thing, I wanted to play tests, and I put a lot of effort for the tests. And I work hard as I want to play long tests, so I am very happy that the team won and I could contribute to it. So, very happy and hopefully it will continue," he said.

According to Bumrah the "fighting spirit" displayed by the team was pleasing and satisfying.

"Sir, you gave an interesting stat, we had not thought that so many equations relating to 100 have happened. But as a team, we are very happy because we were under a bit of pressure in the first innings and after that we fought and got the team to a respectable total."

"Bowling also started well, so gradually when the team was under pressure, we found a way, fought and got the team to a better situation. So that fighting spirit is very satisfying and gives pleasure, because nothing is easy in a Test match and no opposition will give you an easy thing,” he signed off.

The fifth and the final Test will be played at Old Trafford from September 10-14.