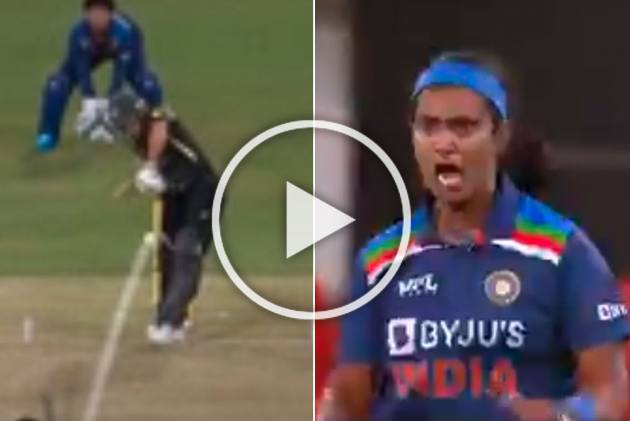 For many, Shane Warne still owns the 'Ball of the Century' for that magical delivery that dismissed Mike Gatting in 1993. But Shikha Pandey on Saturday (October 9) produced an unreal delivery during the 2nd Australia vs India women's T20I match to make her claim to that honour. (More Cricket News)

First, have a look at Pandey's dismissal of Alyssa Healy here:

That happened off the second ball in the Australia innings. Healy, who hit Pandey for a four off the first ball, found herself bamboozled as the ball devilishly cut back and crashed into the stumps.

And other contenders, but mostly spinning deliveries:

Former India opener Wasim Jaffer shared a video of Pandey's delivery, terming it the "ball of the century" of women’s cricket.

Footages of the wicket went viral on social media with fans hailing the veteran India pacer.

What a ball from Shikha Pandey, It was a ripper. pic.twitter.com/NJUfymrlwC

Are you for real, Shikha Pandey? ðÂ¤¯

Can someone please make a gif of Shikha Pandey's reaction to taking Healy's wicket? Thanks in advance. #AUSvIND

India, however, lost the match by four wickets after failing to defend 118/9. Australia reached the target with five balls to spare.

With the victory at Carrara Oval, Australia won the multi-format series. They have won the ODIs 2-1, then shared the spoils in the Day-Night Test.

First T20I ended a no result thanks to incessant rain. The third and final T20 match will be played on Sunday.