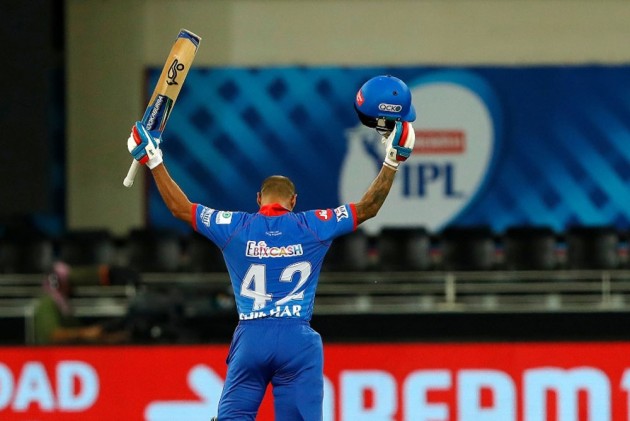 Delhi Capitals opener Shikhar Dhawan became the first-ever batsman to hit back-to-back centuries in the Indian Premier League, which is playing its 13th season in the UAE.

Dhawan, 34, achieved the feat during the 38th match of IPL 2020 at Dubai International Cricket Stadium on Tuesday. He took 57 balls to reach the landmark.

The left-handed batsman, who remained unbeaten on 106 off 61 balls with the help of 12 fours and three sixes, also joined IPL's 5000-run club, which already has Suresh Raina, Virat Kohli, Rohit Sharma and David Warner.

Dhawan, who joined Delhi Capitals from SunRisers Hyderabad, hit his first IPL ton on Saturday, an unbeaten 101 against Chennai Super Kings. Before that he hit 57 against Rajasthan Royals and 69 not out against Mumbai Indians.