Why Shikhar Dhawan's 'Happiness' Stroke Has Not Amused Varanasi DM

The bird flu has been confirmed in six states for poultry birds and in 10 states for the crow, migratory and wild birds 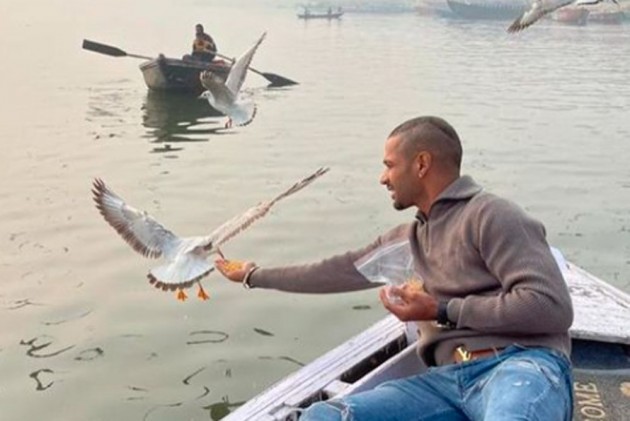 India opener Shikhar Dhawan seemed to have landed himself in bird flu (avian influenza) controversy following his boat ride in Varanasi. The cricketer had shared a social media post in which he is seen feeding birds. (More Cricket News)

“Happiness is feeding birds,” Dhawan had written on Instagram.

But his 'happiness' is unlikely to last long as the local administration has promised action against the boatman.

“There was some information that some boatmen are not adhering to the administration’s instructions and the tourists on their boats are feeding the birds. So, these boatmen are being identified and tourists generally are not aware of such things," ANI reported Varanasi District Magistrate Kaushal Raj Sharma as saying.

But the legal action will not be taken against Dhawan, according to Sharma.

“However, it was made clear by the police and the administration to the boatmen that they should not allow the tourists on their boat to feed the birds. Whosoever flouted these rules will be served notice and they will be asked as to why their license should not be canceled… No action will be taken against the tourists,” he added.

Dhawan, 35, was part of the Delhi team which failed to reach the knockouts of the Syed Mushtaq Ali National Twenty20 tournament. He last for India in the third T20I match against Australia in Sydney.

The bird flu has been confirmed in six states for poultry birds and in 10 states for the crow, migratory and wild birds.

“As of 21st January 2021, outbreaks of Avian Influenza (AI) have been confirmed in poultry birds in 6 States (Chhattisgarh, Haryana, Kerala, Madhya Pradesh, Maharashtra, and Punjab).