With Shiva Thapa's gold medal in 63 kg, Indian boxers finished their campaign on a high with 1 gold, 1 silver and two bronze medals at the VII Republic of Kazakhstan President’s Cup 2019 in Nur-Sultan, Kazakhstan 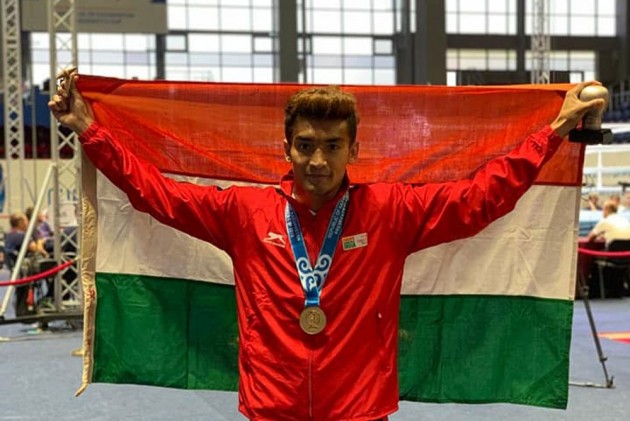 Four-time Asian championships medallist Shiva Thapa captured the 63kg gold while Parveen won the 60kg silver as Indian boxers finished their campaign on a high with 1 gold, 1 silver and two bronze medals at the VII Republic of Kazakhstan President’s Cup 2019 in Nur-Sultan, Kazakhstan on July 20. This was India’s first ever gold medal at this tournament since its inception in 2006.

Thapa’s opponent, two-time Asian Confederation Boxing Championships silver medallist Zakir Safiullin of Kazakhstan, could not enter the ring for the summit clash after suffering a forehead injury in the semi-finals. Thapa was thus given a walkover to the gold that he added to the yellow metal he grabbed from the India Open earlier this year.

The 19-year-old Parveen was a sensation at this tournament. Having clinched the bronze at the India Open and at the Cologne Boxing World Cup, the young talent made rapid strides to shock Women’s World Championships bronze medallist Karina Ibragimova 3-2 in the semi-finals. In the final, however, she came up short against Kazakhstan’s Nations Cup gold medallist Rimma Volosenko 0-5 to settle for the silver.

In 69kg, Duryodhan Singh Negi lost 1-4 to Kazakhstan’s Shayken Talgat in the semi-finals while Saweety Bora too endured the same fate in 75kg against Russia’s Elena Gapeshina to get the bronze.