West Indies A starting the day at 243 for 5 could add another 75 runs before lunch with giant Rahkeem Cornwall (56 no off 70 balls) scoring bulk of the runs Vs India A. 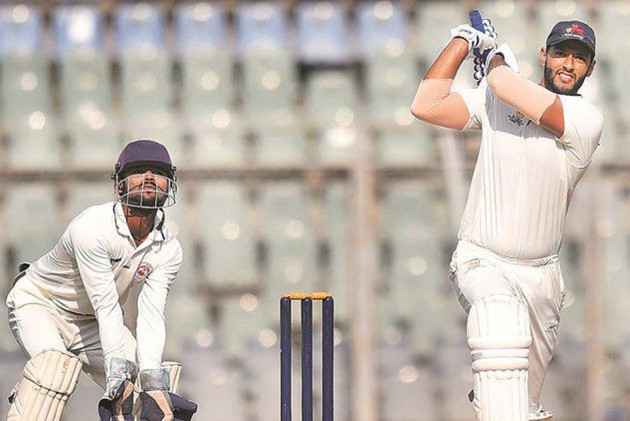 Shivam Dube led India A's spirited comeback from 20 for five with an aggressive knock before pacer Sandeep Warrier struck thrice to leave West Indies A reeling in their second innings on day two of the second unofficial Test.

Pacer Chemar Holder was the stand out bowler for the hosts, taking five wickets for 54 runs in 12.5 overs and helping his team gain a healthy 128-run lead. However, West Indies squandered the advantage by losing their four wickets for 12 runs in the second innings.

At stumps, they led by 140 runs and if they manage to set a 200-plus run target, it will be a tricky chase for the Indians.

India A lead the three-match series 1-0.

Earlier, Test specialists Hanuma Vihari and Mayank Agarwal were dismissed cheaply leaving India A tottering at 11 for four in the first hour after West Indies A scored 318.

Agarwal (4), who wanted some game time before the Test series got a beauty from new ball bowler Holder, who bowled at a brisk pace and also extracted disconcerting bounce.

Holder got one to climb up from back of the length with a shade away movement that squared the Karnataka opener resulting in a nick behind the stumps.

ALSO READ: India A Reduce West Indies A To 243/5 Despite Fifties From Montcin Hodge, Shamarh Brooks

Abhimanyu Easwaran (0) tried to punch one off backfoot but couldn't keep it down as the point fielder got a straight catch to give Holder his second wicket.

Skipper Vihari (0) also didn't trouble the scorer as Holder got one to nip back in and the ball also kept a bit low trapping him plumb in-front.

Anmolpreet Singh's lack of technique against quality pace bowling was exposed with Holder squaring him up with a bouncer as he fended awkwardly. The ball ballooned to the point fielder for a simple catch.

This was after West Indies A starting the day at 243 for 5 could add another 75 runs before lunch with giant Rahkeem Cornwall (56 no off 70 balls) scoring bulk of the runs.