In her debut year at the senior level, the 20-year-old Elavenil Valarivan shot 251.7 in the 10m air rifle competition finals, leaving behind Seonaid McIntosh of Britain, who settled for silver with an effort of 250.6 on Wednesday (August 28). 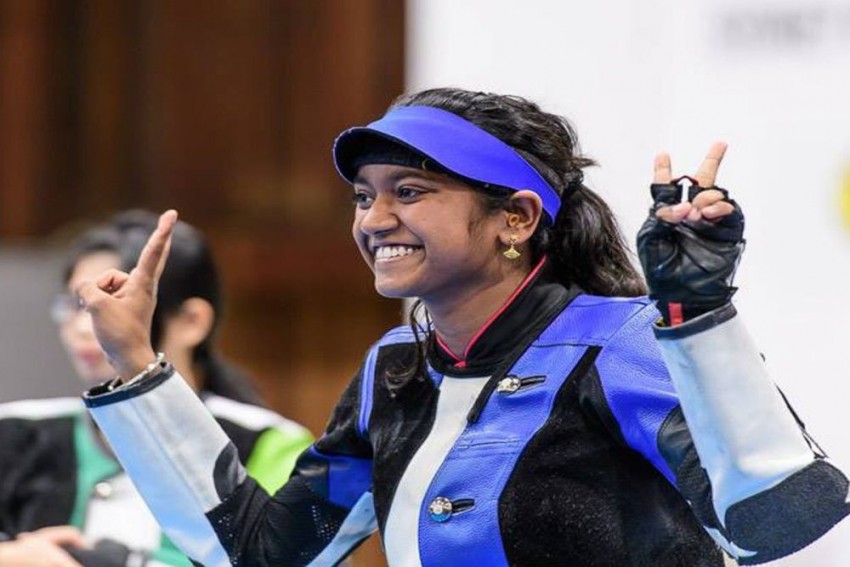 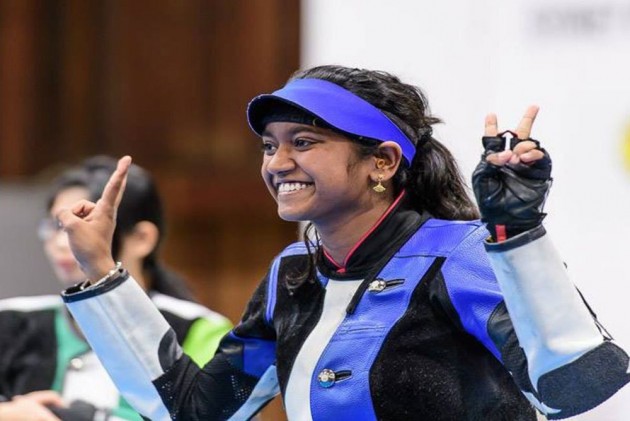 In her debut year at the senior level, the 20-year-old Elavenil shot 251.7 in the finals to help India extend their new-found dominance in the event, leaving behind Seonaid Mcintosh of Britain, who settled for silver with an effort of 250.6 on Wednesday (August 28).

India has now won three out of the four World Cup gold medals in the women's 10m air this year.

Elavenil is a junior World Cup gold-medallist besides being an Asian champion.

Chinese Taipei's Ying-Shin Lin won bronze as well as one of the two Tokyo 2020 quota places on offer. The second quota was won by Iran. India is already assured of a quota in this event.

Gujarat's Elavenil had earlier pipped her senior Anjum in qualification, with an impressive 629.4 to the World No.2s 629.1 as they took the fourth and fifth spots through to the eight-woman final.

It’s a wonderful start to the #Shooting WorldCup in Rio as 20yr old #TOPSAthlete @elavalarivan wins a gold in women’s 10m air rifle with a score of 251.7.

World No. 1 and finals world record holder Apurvi failed to qualify for the finals, finishing 11th with a score of 627.7.

Such has been India's supremacy that Mehuli Ghosh, shooting in the non-competition Minimum Qualification Score (MQS) section, shot a 629.1, which could have earned her a final spot as well.

Anjum led the finals field after the first five shots. Seonaid began as the Indian finished and the eight finalists bunched closely at the top.

The Briton then attempted to pull ahead after 10 shots as Anjum had a poor second series to go down to fifth by the 12th shot.

However, Elavenil, who was shooting brilliantly, went ahead of Seonaid. American Mary Tucker was the first to be eliminated in eighth place after the 12th shot.

Korea's Kim, then went out in seventh after the 14th shot at which stage there were three athletes, including Elavenil and Seonaid, who were jointly in the lead with a score of 147.1. Anjum maintained her fourth place at that stage.

Anjum finished fifth losing to Romania's Laura-Georgeta Coman. The Indian shot a 10.1 to Coman's 10.4 to go out in fifth.

Meanwhile, Elavenil was dishing out a master-class with a series of high 10s, which saw her maintain a 1.4 points lead with four shots of the 24-shot final to go.

Seonaid and Elavenil battled till the end, but it was the Indian who prevailed for a milestone win.

In the Women's 25m Pistol, Annu Raj Singh, making a comeback to the India squad, shot a solid 292 in the precision stage to set herself in 12th spot ahead of the Rapid Fire round on Thursday, preceding the final.

Compatriot Chinky Yadav shot 290 to lie in 17thplace while Abhidnya Ashok Patil shot 286 to be further back in 43rdspot.

In the men's 50m Rifle 3 Positions competition, there was a qualification world record in the first elimination round itself as Austria's Jan Lochbihler shot 1188 to set the new mark.

India's Sanjeev Rajput shot 1170 in the first elimination round to sail through with a 14thspot finish. He will now shoot the qualifying round on Thursday for a shot in the finals.

So will Parul Kumar, who finished 10th in his elimination round with a score of 1169. Chain Singh shot 1163 in the same round along with Sanjeev to end in 27th position.

Thursday has as many as three finals on the schedule beginning with the men's 50m Rifle 3 Positions, followed by the women's 25m Pistol and the men's 10m Air Pistol being the concluding final of the day.