The Baroda Cricket Association (BCA) on Wednesday said that talks are on with Dav Whatmore, who guided Sri Lanka to their maiden World Cup triumph in 1996 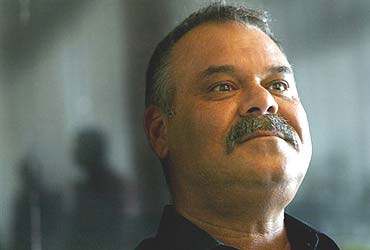 World Cup-winning coach Dav Whatmore is set to take over the reins of the Baroda team after being shortlisted for the job by its cricket association. (More Cricket News)

The Baroda Cricket Association (BCA) on Wednesday said that talks are on with Whatmore, who guided Sri Lanka to their maiden World Cup triumph in 1996.

"The Apex council members of the BCA have given a go-ahead for the office bearers to have a discussion with Dav Whatmore on the coaching/mentoring position," the BCA said in a statement.

Whatmore has got years of experience in top-flight and was also coaching the Kerala team.

"Whatmore was one of the candidates shortlisted for the position of head coach and mentor. The association is still in discussion, internally, on availability and the terms of engagement," it said.

The BCA said that the decision on the appointment of the coach will be announced officially once there is clarity on availability and compensation.

"The process of communication, intent, clarity of role and compensation is in the discussion stage and the work is in progress at the moment.

"Unfortunately, in the current situation all discussions are in virtual space and any on-ground decisions will be taken once there is clarity on cricketing activities resuming," the BCA added.

COVID-19: Sport Must Wait For Some Months, Time Not Ideal - Warns Medical Experts