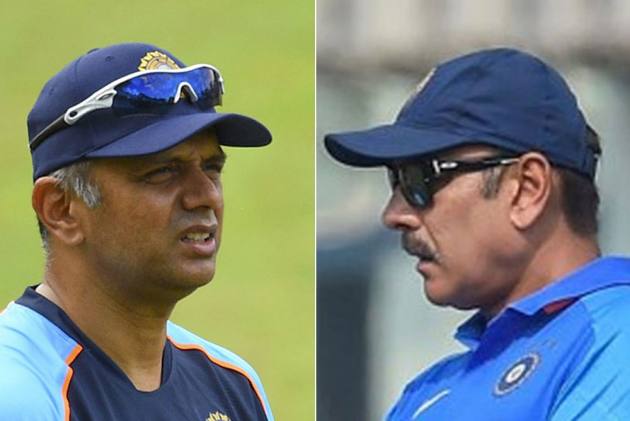 The 59-year-old Shastri's contract comes to an end after the completion of T20 World Cup in the United Arab Emirates in October-November and it will also depend on whether the former India all-rounder is in a mood to re-apply.

Speculations have been rife that BCCI may elevate current NCA head Rahul Dravid as coach for the limited over series in Sri Lanka but as of now it looks highly improbable.

"I don't think there is any need to speak about it. Let this Sri Lanka series get over. We'll get to know the kind of performance our team has dished out," Kapil told 'ABP News'.

"If you're trying to groom a new coach, there's nothing wrong with it. Then again, if Ravi Shastri continues to do a good job, there's no reason to remove him either. Only time will tell. Before that, I think it will put unnecessary pressure on our coaches and players," Kapil said about his former vice-captain.

Shastri has guided the Indian team to Test series wins in Australia twice. Under him, India also reached the semi-final of the 2019 World Cup and the WTC Final but went down to New Zealand in both the knockout games.

Two Indians teams are set to play in two different countries with Virat Kohli and his men gearing up for the five-Test series in England, while a Shikhar Dhawan-led team will take on hosts Sri Lanka in a limited over series.

Kapil said: "Indian team has big bench strength. If players get the opportunity and India can assemble two teams that can claim to win in both England and Sri Lanka, there is nothing better."

Kapil is happy that a lot of talented youngsters have gotten opportunities for the Sri Lanka series.

"If the youngsters get the opportunity, there’s nothing wrong with it. But if it is up to the team management to decide whether they should apply such pressure on two teams simultaneously," Kapil pointed out."