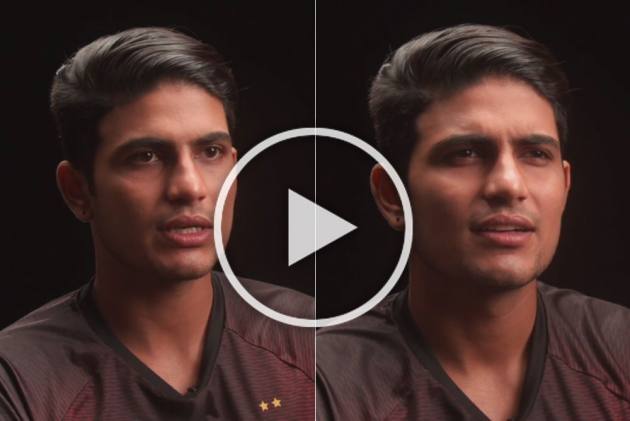 The promising Shubman Gill on Sunday revealed he used to be "petrified of bouncers" before eventually overcoming all his fears to get his Test career off to a rollicking start against some of the world's fastest bowlers. (More Cricket News)

Gill, 21, announced his arrival on the big stage with a classic knock of 91, which set the tone for India's incredible victory on the final day of the series-deciding fourth Test against Australia recently.

In the six innings that he batted against the likes of Pat Cummins, Josh Hazlewood and Micthell Starc, Gill never looked in any sort of discomfort. But it wasn't so easy many years ago.

"When you get hit by a ball, your fear disappears. You are only scared until you get a blow but once you get hit, you feel like it was pretty normal! And then you lose the fear entirely," Gill was quoted as saying by his IPL franchise Kolkata Knight Riders on website www.kkr.in.

"When I was young, I used to be petrified of bouncers. I used to be prepared for the chest-height balls way in advance. I used to practise drives a lot so I got mature in playing the pull shot with a straight bat.

"I also developed one more shot where I move aside a little to play the cut. I used to feel scared of short deliveries so I always wanted to get away from the line of the ball and play the cut shot.

"These two-three shots were my favourite as a kid and now they have become a part of me."

Going back to his early days in Mohali, Gill spoke about how he was scared of facing a particular fast bowler at the academy and how he overcame his fears.

"I was nine years old when I was asked to play in a higher age group match. There was a bowler in the academy, just like you find in every other academy, who was really fast. I was batting against him and was scared that I would get a bouncer to start with.

"So I had pre-decided that I would just duck it. He bowled a bouncer but pitched way ahead. I still squatted and saw the ball hitting the edge of my bat and racing to the boundary. I realised he was not that fast after all. Soon I hit 2-3 more boundaries.

"I was quite young so everyone was surprised. This helped me raise my confidence level. This incident just eliminated all kinds of fear from my heart for leather balls and bouncers."

Besides his 146-ball 91 at in the second innings at Gabba, Gill also had another half-century and looked comfortable in almost all his outings.

Gill, who first held a bat when he was only three, would travel 20-25 kilometres a day for practice before his parents decided to leave his village in Punjab and settle down in Mohali to help their son get coaching facilities at an academy.

"My father had some land to look after near the school, so, he used to drop me at the school and go for his work. I liked working hard. Actually as a kid you don't consider this as hard work, especially when you are batting.

"For me it was more of an escape from school homework. So, I used to spend a lot of time there.

"There used to be a carton, a little wider than the wickets and almost as high as my chest. It was quite big for me. My father used to tell us whosoever gets someone bowled, be it by throwing or bowling, will get around 50 to 100 rupees.

"For me that was quite a lot of money. I was barely 5-6 years old. And we were in a village. So, for me 50 rupees was a lot of money," recalled Gill, who would hand over all the money to his mother.

To begin with, he was playing with kids at the academy but at the insistence of his father, Gill was promoted to the U-14 group by his coach even though he was only 8 at the time.

"I joined the academy only in 2007 in Mohali. But I just didn't enjoy playing in the group that I was a part of as all of them were toddlers. So, I informed my father about it, and he spoke to the coach.

"The coach was apprehensive that I may get hit by the ball but my father insisted on trials and requested him to just see my performance and if he felt I wasn't good, he didn't have to promote me to a new group.

"The coach called a bowler and I played well. So, he promoted me to the U-14 group even when I was 8 years old."

Gill said he learnt a lot from legends such as Rahul Dravid (U-19 World Cup and India A), Jacques Kallis and Brendon McCullum (at KKR).