Shubman Gill Shines Again, India A Reach 233/3 At Stumps Vs South Africa A

Opener Shubman Gill struck 12 fours and a six before getting out eight runs short of a century. This is the second time he has missed out on the three-figure mark, having scored 90 in the first match at Thiruvananthapuram. 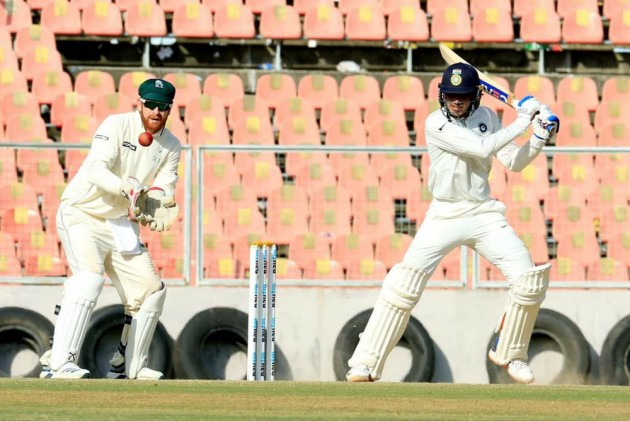 Shubman Gill shone again with a fine 92 as India A reached 233 for three by the end of first day's play in the second unofficial Test against South Africa A in Mysore on Tuesday.

Opener Gill struck 12 fours and a six before getting out eight runs short of a century. This is the second time he has missed out on the three-figure mark, having scored 90 in the first match at Thiruvananthapuram.

The out-of-favour Karun Nair was batting on 78 and skipper Wriddhiman Shah was on 36 at stumps, which was called after 74 overs due to bad light.

Sent in to bat by the visiting captain Aiden Markram, India A didn't enjoy the best of starts with Bengal opener Abhimanyu Easwaran (5) falling leg-before wicket to Lungi Ngidi in the sixth over.

Gujarat batsman Priyank Panchal, a prolific scorer in the domestic circuit like Easwaran, batted for 39 balls before getting dismissed to leave India A at 31 for two.

The South African attack, which included Vernon Philander -- who got some game time ahead of the first Test against at Visakhapatnam -- Ngidi, Luthu Sipamla and Wiaan Mulder, bowled with a lot of discipline and did not offer the rival batsmen any easy scoring opportunities.

Gill, who was joined by Nair, got a move on as the two played some good shots. They added 35 runs in less than 10 overs before the lunch break.

The Punjab right-hander showed impressive technique in dealing with the pacers and spinner Dane Piedt, who had done well in the first match at Thiruvananthapuram.

He played some lovely shots on both sides and in Nair's company, added 135 runs for the third wicket in 34 overs.

Gill looked to be on course for a ton, after having missed out in Thiruvananthapuram, but gave a catch to Senuran Muthusamy off Sipamla.

Nair, on his part, played some beautiful shots and was unbeaten when bad light brought about an early end to the day's play.

The Karnataka batsmen has so far added 67 runs with Saha for the fourth wicket.

The India A team made a few changes with Saha coming in for K S Bharat and Kuldeep Yadav, who is in the squad for the Tests against South Africa replacing K Gowtham. Umesh Yadav, too, was brought into the playing XI in place of Shardul Thakur.