Simona Halep's career has been hindered by injuries after she won two Grand Slam titles in 2018 and 2019. 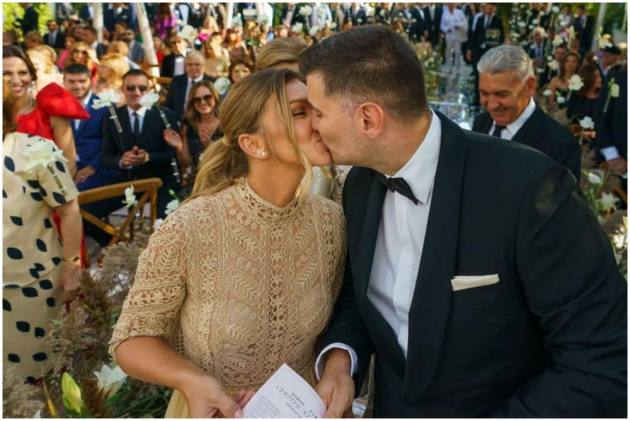 "It's a beautiful event," Halep told reporters when she arrived home recently for the wedding.

"I am emotional. These are different emotions than winning a Grand Slam, it's the personal part, tennis remains tennis. This is an extremely important step, and I'm happy it's happening."

On Wednesday morning, Halep posted a Mark Twain quote on Instagram and told her 1.6 million followers, "Have a beautiful day everyone." The Twain quote read, "Give every day the chance to become the most beautiful day of your life."

Halep won Wimbledon in 2019 and the French Open the year before.

This has been a good month for Halep. After being sidelined due to a foot injury sustained in Rome in May, she missed the French Open, Wimbledon and a chance at qualifying for the Tokyo Olympics.

But Halep returned to play in August and advanced to the Round of 16 at the US Open, falling to Elina Svitolina.