Jennifer Gadirova of Britain will replace Simone Biles in the finals, which are scheduled for Monday 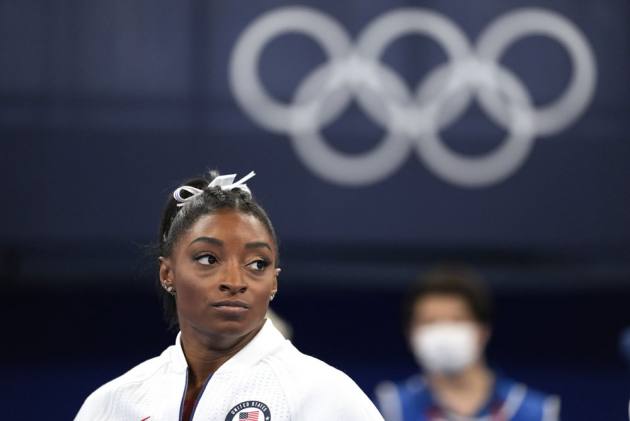 Simone Biles will not defend her Olympic gold medal on floor exercise.

USA Gymnastics announced Sunday that the six-time Olympic medalist has opted not to compete on floor, where she won gold in Rio de Janeiro and placed second in qualifying last week.

Jennifer Gadirova of Britain will replace Biles in the finals, which are scheduled for Monday.

USA Gymnastics said Biles has not decided whether to participate in the balance beam final, which is scheduled for Tuesday. She earned bronze on the event in Brazil five years ago.

Biles has already chosen not to compete in the uneven bars and vault finals, set for Sunday evening at the Ariake Gymnastics Centre. She was not expected to medal on bars, but is the Olympic champion on vault.

Biles is dealing with a mental block that in gymnastics is referred to as “the twisties.” In other words, Biles is having trouble figuring out where her body is in relation to the ground when in the air.

Biles has been dominant on floor exercise during her elite career, winning five world championships along with her triumph in Rio. Her innovative tumbling has redefined what is possible on the podium. She has two tumbling pass dismounts named after her in the sport's Code of Points.