Dom Sibley and Jos Buttler combined to steer England to victory in the second Test, despite the best efforts of Lasith Embuldeniya 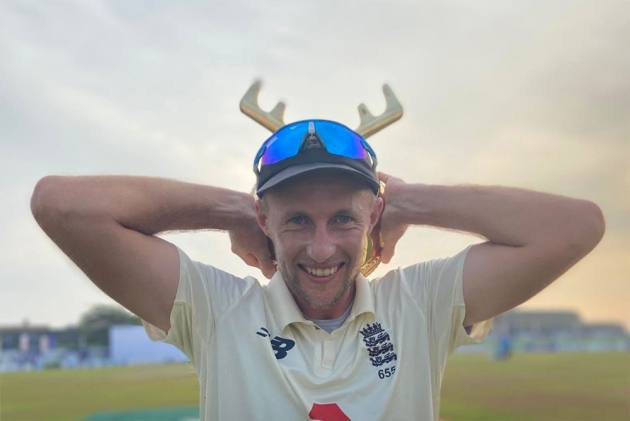 England wrapped up an impressive six-wicket victory to complete a series sweep after a dramatic Sri Lanka collapse on day four of the second Test.

Dom Sibley finished up unbeaten on 56 as he and Jos Buttler (46 not out) saw the tourists to a target of 164, the pair putting on a pivotal stand worth 75 after coming together with their team wobbling in the run chase.

Lasith Embuldeniya claimed three of the wickets to fall as he finished with match figures of 10-210, but Sri Lanka were left to regret a shoddy batting display that saw them all out for 126 in 35.5 overs.

England added just five runs in the morning before their first innings was wrapped up at 344, meaning Sri Lanka came out to bat again with a useful lead of 37 on a dry, turning pitch.

However, Dom Bess and Jack Leach claimed four wickets apiece, aided by some questionable shot choices, as Sri Lanka lost the plot. They were reeling on 78-8 when debutant Ramesh Mendis was caught behind for 16 - the top score for the hosts at the time.

Embuldeniya made 40 - easily a career-best knock in all formats - thanks to six fours and a solitary six, while the more reserved Suranga Lakmal (11 not out) was happy to hang around. Eventually, Joe Root came on to claim the final two wickets in just 11 deliveries, leaving England chasing 164.

The busy Embuldeniya was soon centre stage again as Sri Lanka chipped away to retain hope, Zak Crawley (13), Jonny Bairstow - who made 28 in a hurry - and Dan Lawrence (2) all falling to the left-arm spinner.

Mendis claimed the prized wicket of Root, bowled off an inside edge trying to play a paddle sweep for 11, but Sibley and Buttler combined to calm any nerves, seeing their team over the finishing line with ease in the end.

The victory means England have won five successive overseas Test matches for the first time since 1914 - they will hope to continue that run when they head to India next.

After 39 wicketless overs in the first innings, Leach recorded figures of 4-59 on day four to help change the complexion of the contest. He has now taken 28 in his Test career in Sri Lanka, the most by an England bowler.

Ashley Giles had previously held the record but Leach sits top of the pile; he can expect to be busy again with a four-match series in India coming up.

Dom and dusted? Far from it!

Sibley had managed six runs in the series prior to his undefeated half-century. The opener had struggled against Embuldeniya in particular, but battled hard during a 144-ball knock that included just two boundaries.

His efforts helped England wrap up a third successive series victory over Sri Lanka for the first time, having also recorded a 3-0 sweep when they previously visited in 2018.