England recorded a 3-0 Test series sweep when they visited Sri Lanka in 2018, but can Joe Root's side prosper in the Galle bubble? 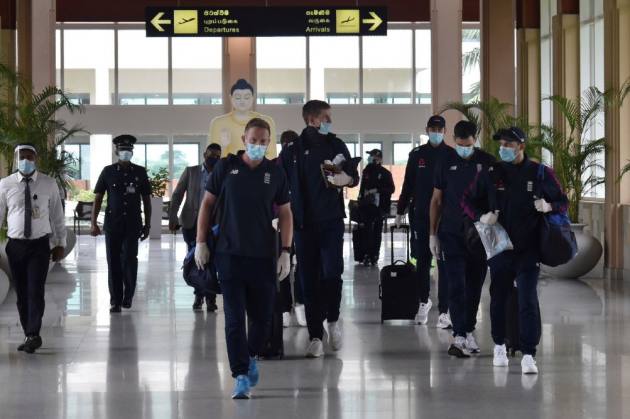 Sri Lanka and England both have plenty to ponder over team selection as they prepare to finally face each other in Test action again. (More Cricket News)

The nations were due to meet in March 2020, only for their two-match series to be postponed amid the escalating coronavirus pandemic. England were playing a tour game in Colombo at the time when the decision was taken to cut short the trip and head home.

They have returned 10 months later for a rearranged tour, with the ongoing COVID-19 situation seeing them hosted in a bio-secure bubble for both games in Galle.

However, Moeen Ali will miss the first Test – and possibly the next one that follows – after a positive test result upon arrival. Chris Woakes had to self-isolate having been considered a close contact, so missed out on England's only warm-up game.

Moeen was joint-leading wicket-taker with fellow spinner Jack Leach - taking 18 wickets apiece - when England swept the hosts 3-0 on spin-friendly pitches when visiting Sri Lanka in late 2018, though captain Joe Root is aware the surfaces may not be the same now.

"We are very aware that the conditions might be very different to the last time we played here," Root told the media.

"We are not going to have too many preconceived ideas about what we are going to come up against. It's quite dangerous and lazy to walk into a series like that."

Some famous performances in Galle in years gone by! pic.twitter.com/a9Zg5vjQEm

The tourists are without Jofra Archer and Ben Stokes – who are both rested with a long tour to India to follow immediately afterwards – while opening batsman Rory Burns has remained in England for the birth of his first child.

As for the hosts, a recent 2-0 Test series defeat in South Africa came at a cost in terms of injuries. Dhananjaya de Silva and Kasun Rajitha are both sidelined, plus Oshada Fernando has had no match practice after a spell out of action.

However, there is good news over the fitness of batsman Dinesh Chandimal – who missed the second Test against the Proteas – and seamer Suranga Lakmal, plus former captain Angelo Mathews is back as Sri Lanka aim for a first Test win over their opponents since a famous triumph at Headingley in 2014.

With holes to fill in the batting order due to key absences, England are set to hand a debut to Dan Lawrence and recall Jonny Bairstow, who appears to be the choice to bat at number three with Zak Crawley moving up to open.

Bairstow made a century at that position in the previous Test against Sri Lanka, the third time in four first-innings knocks he has reached three figures against them. However, he has not played in the format since 2019, having lost his place after averaging 18.6 in 19 innings during that year.

Wicketkeeper Ben Foakes played a starring role for England in Sri Lanka last time, averaging 69.25 with the bat, but looks set to miss out on the final XI.

LEADING FROM THE FRONT

Captain Dimuth Karunaratne's century in the second Test against South Africa was one of few positives for Sri Lanka in a 10-wicket defeat in Johannesburg to start the new year.

The opening batsman has averaged 66 on home soil in Tests since 2018 (14 innings), though none of his 10 career hundreds have come against England.

Having Mathews back should ease some of the run-scoring burden, too. The 33-year-old may not contribute much with the ball these days but does average 45.31 with the bat in Tests. He will go into the opening game needing just 19 more runs to reach 6,000 in the format.

- England have won their previous two bilateral Test series against Sri Lanka; they are attempting to record three successive victories against them for the first time.
- Sri Lanka come into the series having only mustered one win in their past seven Test matches (D2 L4); they have just suffered a 2-0 series defeat against the Proteas, losing the opener by an innings margin before slumping to a 10-wicket loss in the second match of the series in South Africa.
- The hosts have only lost once in five Test matches against England at Galle International Stadium (W2 D2). However, the most recent meeting between the sides at the venue was won by the tourists.
- Sri Lanka have managed to get the umpire's decision overturned in 23 per cent of their referrals in Tests since the start of 2019. Only Australia (22 per cent) have a lower rate; England's record stands at 31 per cent across that period.
- Despite making his Test debut in Sri Lanka over 13 years ago, Stuart Broad has only played three Test matches in the country. He has picked up three wickets there (averaging 83), but is six scalps away from going above Courtney Walsh (519) and into sixth in the list of all-time leading Test wicket-takers.