SL Vs Eng: Joe Root Challenges England To 'Keep Getting Better' After Victory Over Sri Lanka

England have won four successive Test matches overseas for the first time since 1957, but Joe Root thinks there is still more to come from his team. 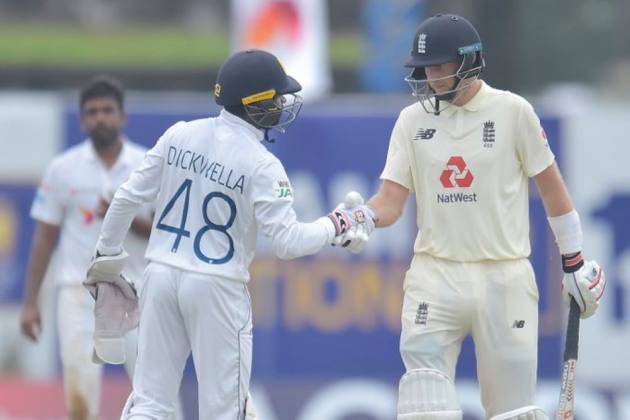 England had suffered an early wobble when chasing just 74 in the fourth innings of the first Test, slipping to 14-3 at one stage.

However, resuming the fifth day needing a further 36, they reached their nominal target without any further losses, Jonny Bairstow and Dan Lawrence guiding them home with an unbroken stand of 62.

Bess and Leach had laid the foundations with five-wicket hauls in the contest, as England clinched a fourth successive Test triumph overseas – their best run in the format since 1957.

"To come here with the little preparation we've had, and play in the manner that we have throughout this game, has been really impressive," Root said at the presentation ceremony.

"I thought it was a great effort yesterday (on day four). Not a lot fell for us but we worked extremely hard.

"For the two spinners to come out of the game with five-fors is a brilliant effort, especially with such little cricket that they have played coming into a series like this when the pressure is on.

"It's always tough, but without preparation it is a testament to their characters. The whole bowling group in general, to perform like we did after lunch (on day four) in particular, was a really good effort.

"It's a good start to the tour, but we know that we've got to keep getting better – and we will keep looking to do that. But I'm really pleased with the start that we've had."

1957 - England have put together 4 successive overseas Test wins for the first time since 1957. Formidable. #SLvENG pic.twitter.com/5TKfiC6aOZ

Root was unsurprisingly named man of the match following his double century in England's first innings, having failed to reach three figures in Test action in 2020.

"The exciting thing, I think, is that there's still more to come from the group," he added. "The most important thing is we have that attitude during this winter tour and going into the next Test match."

Stand-in Sri Lanka captain Dinesh Chandimal, deputising in the absence of the injured Dimuth Karunaratne, admitted the hosts simply left themselves with too much to do after they were bowled out for just 135 after winning the toss on day one.

Lahiru Thirimanne made a hundred in Sri Lanka's second innings and while Kusal Perera and Angelo Mathews also weighed in with half-centuries, their spinners did not have enough runs to work with on a dry, turning pitch.

"Credit to Thirimanne, Angelo, Kusal, everyone did their bit as a batting unit in the second innings. Another 70-80 runs it could have been a different story."

Sri Lanka will have the chance to draw level in the second and final Test of the series, which begins on Friday at the same venue.