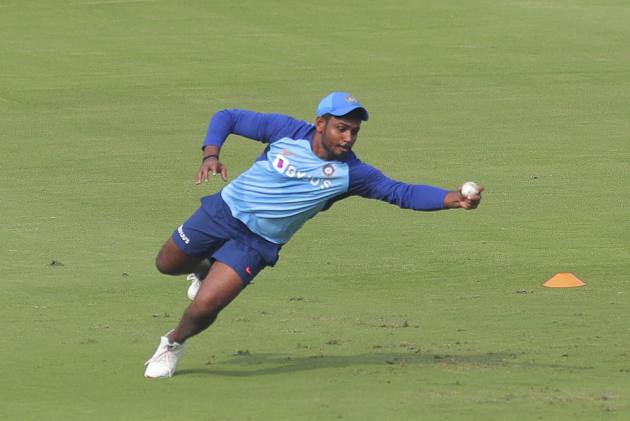 Indian Wicketkeeper-batsman Sanju Samson could be ruled out of the white-ball series against Sri Lanka after he sustained a knee ligament injury during a training session, leaving him unavailable for the first ODI in Colombo on Sunday.

Ishan Kishan is making his ODI debut while Samson's injury is being monitored by the medical team.

"Sanju Samson sprained a ligament in his knee and was hence not available for selection for this game. The medical team is tracking his progress at the moment," BCCI's media team informed.

The Sri Lanka series comprises three ODIs and as many T20 Internationals. The Indian team is being led by Shikhar Dhawan with Rahul Dravid as head coach.