The Mumbai Indians duo, Suryakumar Yadav and Ishan Kishan, have been drafted into the Indian side for the first match in Colombo 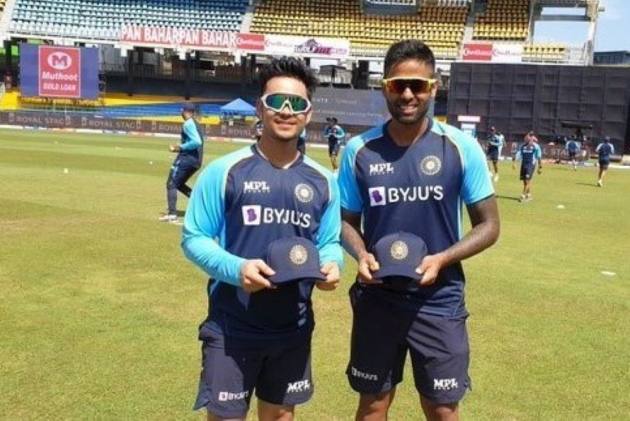 Ishan Kishan couldn’t have hoped for a better gift on his birthday than getting an ODI debut for India on his birthday. (LIVE BLOG | LIVE SCORECARD | LIVE STREAMING)

Giving Ishan company and making his ODI debut is Suryakumar Yadav. Incidentally both the players made their T20 debut also together on March 14, 2021 against England.

Earlier, Sri Lanka skipper Dasun Shanaka won the toss and elected to bat against India in the first ODI of the three-match series. The series is part of the ICC World Cup Super League for which India has already qualified as hosts.

Ishan and Suryakumar emerged as mainstay in Mumbai Indians side and have been among runs in India domestic cricket as well.

Ishan Kishan made a sensational T20 debut for India with his 56-run knock helping India complete a successful chase against England.

Suryakumar Yadav has played three T20Is for India. He has been Mumbai’s batting mainstay for long in domestic cricket. In 77 first class matches, Suryakumar averages 44.02 with 5326 runs under his belt.