SL vs IND: Bhuvneshwar Kumar Says Not Averse To Playing All Three Formats For India 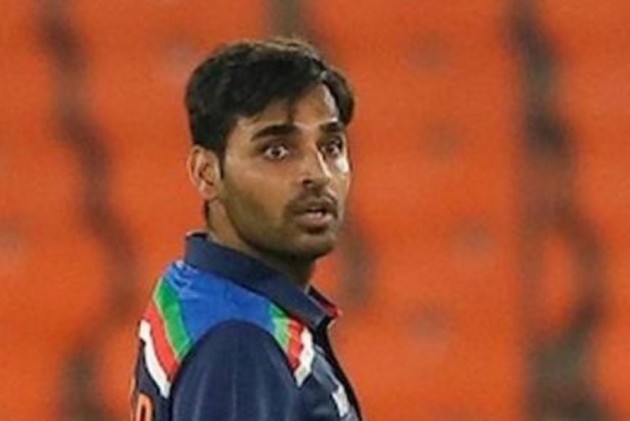 Bhuvneshwar Kumar doesn't want to prioritise any of the three formats but is not averse to the idea of once again wearing the India whites in Test cricket in future. Live Streaming | News

The absence of Indian white ball team's "temporary" vice-captain in England was felt during the World Test Championship final and he set the record straight with regards recent talks on whether he himself doesn't want to play the traditional format.

So what's his take on playing Test cricket in the next 12-18 month cycle?

"To be honest, there is no priority for me whether it's red ball or white ball, if I am selected in red ball and I am part of any team, I will definitely try to contribute.

"I am not looking to prioritise white or red ball cricket. So working on preparing for all formats," Bhuvneshwar said ahead of India's white ball series against Sri Lanka starting with ODIs from Sunday.

The next Test series after England is against New Zealand at home, followed by South Africa in an away series. Bhuvneshwar last played a Test for India on a tour of South Africa in 2018.

India also host Sri Lanka and Australia at home next year and will play an away series in Bangladesh, all in the next 18 months.

"I am not looking way ahead, (certainly not  18-20 months) definitely. I will prepare myself for all three formats."

Asked if he is satisfied with his career and whether there are any regrets about not being a part of the "main" team, he was not really amused.

"I don't think the team playing in England is 'main team' neither is this team 'main'. Both are Indian teams.

"As far as I am concerned, injuries are a part and parcel and ups and downs are there but I am satisfied with my career. My endeavour is to contribute as much as possible for the Indian team."

The 30-year-old, who has 246 international wickets across 186 games, hasn't made any changes to his bowling although he now understands the recovery process well.

"Not really (on changes). Only thing I have worked on is how to get over those injuries quickly. But not any particular thing."

This team has six uncapped players and a lot of fringe stars who would have otherwise not got chances if the big guns were around. It's only helping that Rahul Dravid is keeping them in a good head space.

Asked how it has been working with Dravid, Bhuvneshwar replied: "He keeps things simple. Everyone is listening to him. That's been the case for the last month. We will get to learn more on strategic part in days to come."

This team has some talented rookies like Devdutt Padikkal, Ruturaj Gaikwad, Nitish Rana, Krishnappa Gowtham and Bhuvneshwar feels that most of them with their IPL records have shown sound temperament.

"These are very talented and we have seen them in IPL. I don't think they need much of a guidance. If you feel you need to talk about something, you go up and speak to them.

"We never tried to make anything complicated. We have Rahul Dravid with us who is guiding them really well. Being a senior member of this side, it is no rocket science that if need be, we can talk to them," he signed off.