Krunal, after sensing symptoms, had red-flagged team doctor Abhijit Salvi on July 26 but neither the Rapid Antigen Test was done nor was the player isolated. 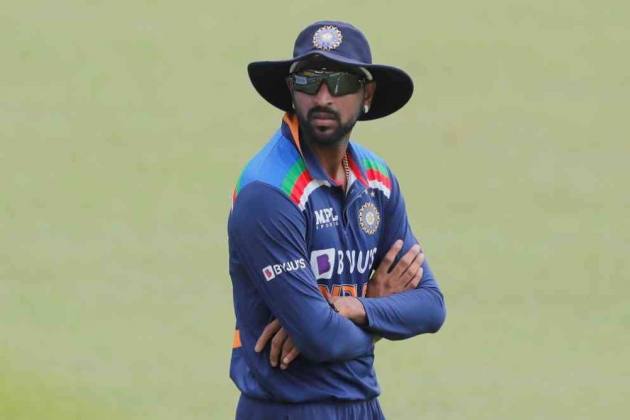 The COVID-19 positive case of Krunal Pandya during the white ball tour of Sri Lanka has raised questions about BCCI's medical officer on tour delaying RT-PCR test by a day, leading to eight players missing out on two T20I games. ENG-IND Blog | News

It has now emerged that Krunal, after sensing symptoms like throat pain, had immediately red-flagged team's accompanying doctor Abhijit Salvi on July 26 but neither was a Rapid Antigen Test (RAT) done right away nor was the player immediately isolated.

In fact, despite throat pain, the team doctor allowed the player to attend the team meeting and only on July 27 morning was his RT-PCR Test done. The reports came late in afternoon after which BCCI and SLC decided to jointly postpone the game by a day as eight of his close contacts were also tested.

Initially all of them tested negative but later before the team left Sri Lanka, Krishnappa Gowtham and Yuzvendra Chahal were also found to be positive.

"Krunal had throat pain on July 26 and he followed the protocol informing the medical officer. It is strange that he should have been immediately isolated with a Rapid Antigen Test (self test kit) done. But nothing of that sort happened," a BCCI source privy to developments in Sri Lanka, told PTI on conditions of anonymity.

"Although Rapid Antigen Test is not conclusive but it's the first part of protocol. But I can confirm, Krunal despite throat pain attended team meeting,"

"In fact, another question that's being raised is how come BCCI's medical team in Sri Lanka agreed to testing every fifth day whereas in IPL, testing is done every third day," the source added.

"Thanks to secretary Jay Shah, who intervened and the crisis of a series cancellation was averted by isolating all close contacts. His move saved the series and also helped the Sri Lankan Cricket board. But had the medical team been pro-active, the situation could have been averted," the BCCI insider said.

The man in question Salvi was contacted by the PTI for his side of the story.

"I will not make any comments," Salvi said.

The T20 series defeat was primarily due to India only having four specialist batsmen with as many as eight close contacts of Krunal were put in mandatory isolation after the player tested positive.

The trio of Krunal, Chahal and Gowtham returned home earlier this month.